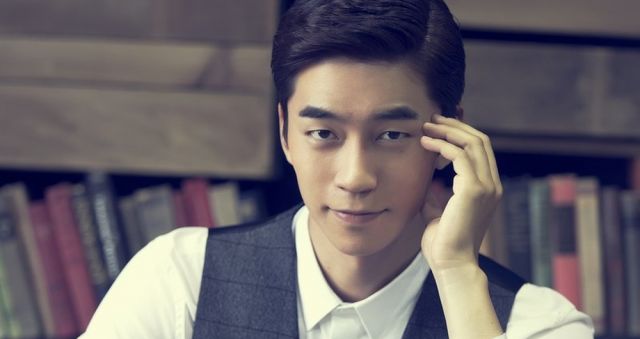 Actor Shin Sung-rok is making a speedy return to Dramaland after the other "Return", as the actor has accepted a leading role in drama "Vagabond", the latest piece by the creators of "Giant" and "Salaryman". PD Yoo In-sik is on board as well, which makes me hopeful for another solid collaboration.

Shin Sung-rok's agency, HB Entertainment, has stated that the actor has confirmed his role as Gi Tae-woong, the head of the National Intelligence Agency's information team. The drama's premise is still reported as the story of an ordinary man who becomes involved in an accident and stumbles right into a huge national corruption scandal, so I assume we have a co-lead. A team leader at NIS doesn't exactly sound like an ordinary, clueless victim type.

I haven't heard the best of things about the dramas writers Jang Yeong-cheol and Jeong Kyeong-soon-I have done without their greatest PD partner, but I know that the three together have consistently rocked every work they have done, with a slight slump in "Incarnation of Money". I hope that their time apart has cultivated new inspiration and thirst for an ambitious project.

"Vagabond" is a highly expensive, very ambitious production, and with Lee Beom-soo being the CEO of the production company, Celltrion Entertainment, my nostalgia is flaring up, and I'm thirsty for familiar faces and good ol' drama. "Vagabond" will likely air on SBS within this year.