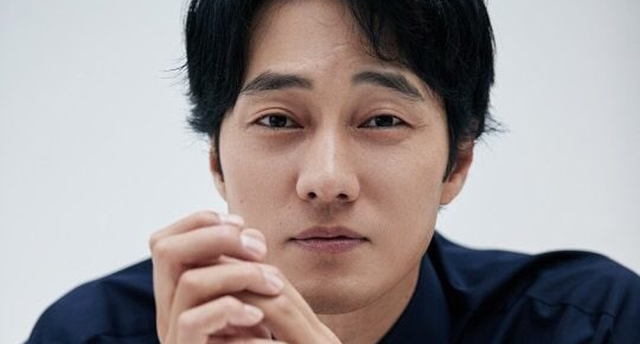 Well, that was fast! I was wondering what type of series So Ji-sub's "Terius Behind Me" would be and news came out outlining its premise right after I posted my thoughts yesterday. The details include the genre, character names and more, so if productions can read minds, they definitely tapped into mine! Let's take a look at what we got then.

First of all, hellooo romance! "Terius Behind Me" is confirmed as a romantic comedy, marking writer Oh Ji-yeong-I's return to the genre once more. The drama's premise is what really gets me, though. "Terius Behind Me" is about a woman named Go Ae-rin, who loses her husband. Her neighbor is Kim Bon (So Ji-sub), but he is far from your regular sugar-borrowing civilian. Bon is a legendary NIS agent who helps Ae-rin discover the truth behind her husband's involvement in a huge conspiracy.

Romantic comedy mixed with conspiracies may not sound like a good match, but I can see it working rather well under certain circumstances. If we get spy action shenanigans along with cute bonding between, say, a stiff as a brick surly agent and a determined woman, the relationship dynamics could work and serve the plot as well.

The drama will be looking at a timeslot in September on MBC. The series is currently gathering up its cast, so pray to the Dramagods for a solid leading lady!

"[Orion's Daily Ramblings] So Ji-sub's "Terius Behind Me" Releases Premise and Details"
by HanCinema is licensed under a Creative Commons Attribution-Share Alike 3.0 Unported License.