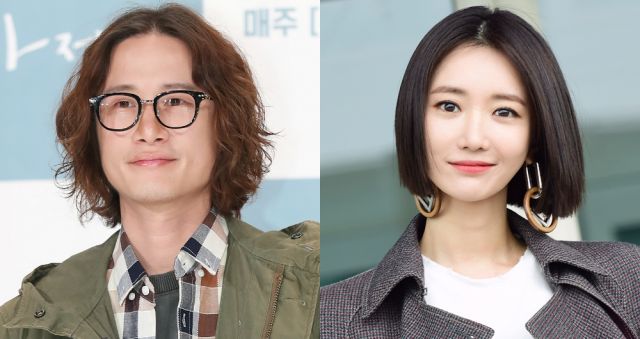 The Dramagods have been kind again, as Song Sae-byeok and Go Joon-hee have accepted their respective offers to become the leads in OCN's upcoming "Possessed". Reportedly taking a more light-hearted approach than OCN's usual fare, "Possessed" is described as a human story, and a comic thriller.

Written by Park Hee-gang ("Sorry, I Love You, Thank You", "Commitment") and helmed PD is Choi Do-hoon ("Riders: Get Tomorrow", "Unemployed Romance"), "Possessed" is about chasing an evil spirit committing crimes while possessing humans. Its heroes are a detective with great instinct and a psychic who wants to lead a normal life. The two form an extraordinary connection.

Song Sae-byeok will be Kang Pil-seong, previously reported as a weird detective with a nasty appearance, and an even nastier tongue. He is lazy and rough, but has uncanny foresight. Go Joon-hee takes on Hong Seo-jeong, a psychic who is trying to hide her abilities, and leads a solitary life while trying to keep them concealed.

The two have a fateful meeting while Pil-seong investigates a case. Seo-jeong becomes interested in him when she notices that he has a 'special soul' in the supernatural, rather than in the oh-how-lovely way. The two start becoming strangely attracted to each other, and solve cases together using their hidden abilities.

According to the production, the story of "Possessed" will be warm and pleasant, but also have dramatic tension. Feel-good with a suspenseful twist, then? As always, genre mixing depends on the skills of the creators, so may the Dramaforce be with them. "Possessed" will air somewhere in the first half of 2019.