[Orion's Daily Ramblings] "The Bad Guys: Reign of Chaos" Is a Thing, and I Have Been Living Under a Rock 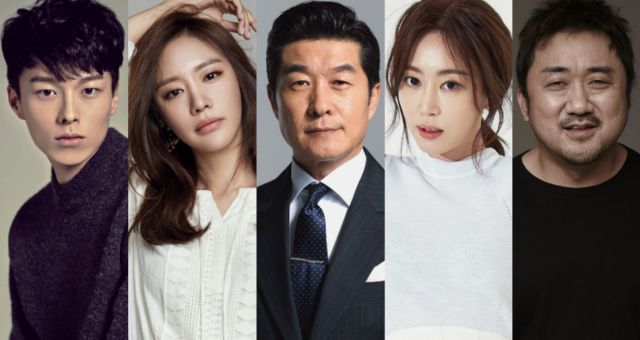 I'm not sure how a film based on drama "Bad Guys" managed to sneak up on me like this, but I only found out about it this week. The popular OCN series has received a less-than-popular spin-off, "Bad Guys : Vile City", which I have yet to see, but it's now getting a dedicated film as well. I'm not sure how I feel about it, but the news is promising.

The details surrounding "The Bad Guys: Reign of Chaos" are obscure, to say the least. Aside from this being helmed by Son Yong-ho, who made the film "The Deal", the rest is a bit hazy right now. Some news pieces have actors Kim Sang-joong and Ma Dong-seok as confirmed to reprise their roles, which makes me happy beyond words, while other reports state them as being in the consideration stage.

The same goes for Kang Ye-won, who has been offered her existing role as detective Yoo Mi-yeong. Her agency has said that she is considering the offer positively, while some articles have her as confirmed. We also get two new additions to this. Actors Kim Ah-joong and Jang Ki-yong have joined the film as new characters. The cast is looking mighty sweet so far.

The film is going to wrap up its casting and start filming soon, so we'll have more details as time goes by. My nostalgia and my fear of franchise milking are raising all sorts of red flags on this, but I can't help my excitement in light of the original cast members attached to the project. I'll definitely check it out, so let's hope it will be worthy of its original work.

"[Orion's Daily Ramblings] "The Bad Guys: Reign of Chaos" Is a Thing, and I Have Been Living Under a Rock"
by HanCinema is licensed under a Creative Commons Attribution-Share Alike 3.0 Unported License.