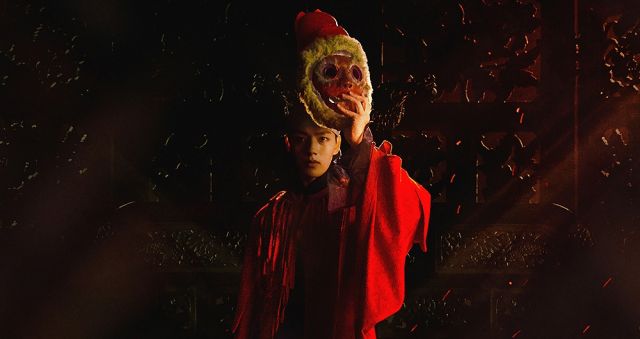 "The Crowned Clown" is all about the breathtaking visuals in its first official material after the previously released stills. This week gives us the first teaser with some fine "Duelist" vibes, and this beautiful poster featuring Yeo Jin-goo stuck between two forms.

The man we witness, Ha Seon, is the jester chosen by the identical in appearance king as his replacement during treacherous times. He defiantly stands on the royal dragon robe in front of what looks like the throne, taking off a jester mask bearing royal headgear. The poster's use of gold, red and black is on point, while the protagonist and symbols visually portray the drama's premise.

The production hopes that viewers will anticipate Yeo Jin-goo's dual role, as well as how his jester will affect politics, and his king's existing romantic relationship. They ask us to expect thrills, laughter and a sweet romance. They forgot "and lots of death", because this is sageuk, and you can't fool and trample on my heart like that. "The Crowned Clown" premieres on January 7th on tvN. 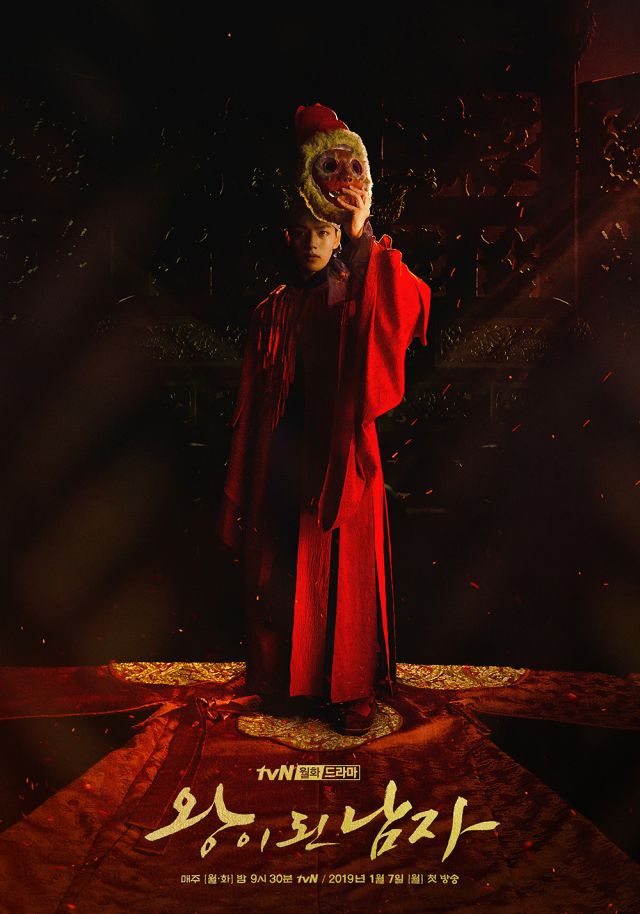 "[Orion's Daily Ramblings] "The Crowned Clown" Reveals the Face of a King in New Poster"
by HanCinema is licensed under a Creative Commons Attribution-Share Alike 3.0 Unported License.