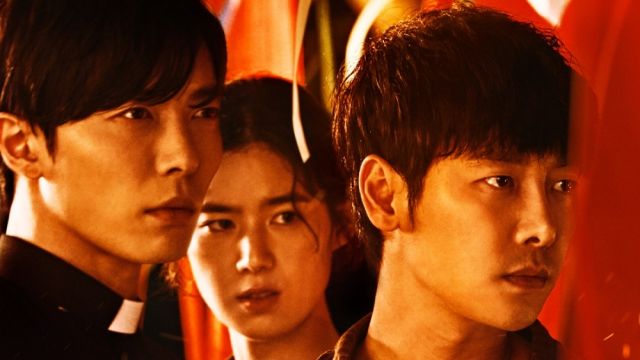 News exclusives are a cruel, fickle thing. A Korean news portal reported yesterday that Kim Dong-wook, Kim Jae-wook and Jung Eun-chae would reunite for a "The Guest - Drama" film, along with director Kim Hong-seon-I at the helm. While reality comes to dash the joy of the casting confirmations, there is hope to be found for "The Guest - 2019".

"The Guest - Drama" follows the story of a psychic, a priest and a detective tracking down an evil spirit committing crimes through the possession of humans. The first season was very liked by audiences and, given its ending, there is room for more to be done here.

Shortly after the initial report of the casting confirmations came out, OCN clarified its inaccuracy. While the casting has not been confirmed, OCN has stated that the film is being made, and that Kim Hong-seon-I's participation stands. There are no further details on the premise, or on whether this will be a sequel, a spin-off or something else entirely, but this here fan will take what she can get.

Kim Dong-wook had previously commented that he would return if the infamous demon Park Il-do came back for more, and Kim Jae-wook had more cautiously adopted a wait-and-see stance on it, while still saying he would be happy if another season were to come along. I think I will join him in this wait-and-see-ness, hoping we get some good news on this soon.