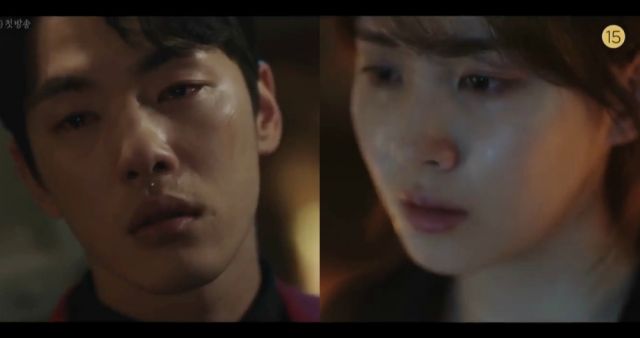 Time seems to be exceptionally cruel for the protagonists of "Time - Drama", a group so full of angst that not even the Bg T itself can heal them. The series has released a very dark first teaser, along with a simple, but stylish poster to drive its concept home.

"Time - Drama" is the story of four men and women who make different choices that intertwine their lives. Kim Jung-hyun's Cheon Soo-ho is a man who wants to stop time, while Seohyun plays Seol Ji-hyeon, a woman left alone in the time that stopped. Kim Joon-han plays Sin Min-seok, a man who crosses a time threshold from which he cannot return, and Hwang Seung-eon plays Eun Chae-ah, a woman hiding behind a falsified time.

The ominous teaser shows our four leads in some very tragic and intense situations, while the narration of the two main characters gives us a taste of their plight's gravity. "Given to everybody, but not to anyone", says Soo-ho. Ji-hyeon speaks up with "The time that I wanted to stop, but that no one could stop has already" with Soo-ho adding "It has started to flow". The heroine concludes with "Time, the story of those who became trapped in it".

The poster is really stunning as well, repeating Soo-ho's words of "Given to everybody, but not to anyone", and showing us the cold and sombre state of a pocket watch hitting the water's surface. The water represents the force of the protagonists' wish to stop time, while the watch is the time that can't be stopped. They're definitely going all out with their concept, which I appreciate. "Time - Drama" will be bringing its harsh reality to us starting July 25th on MBC. 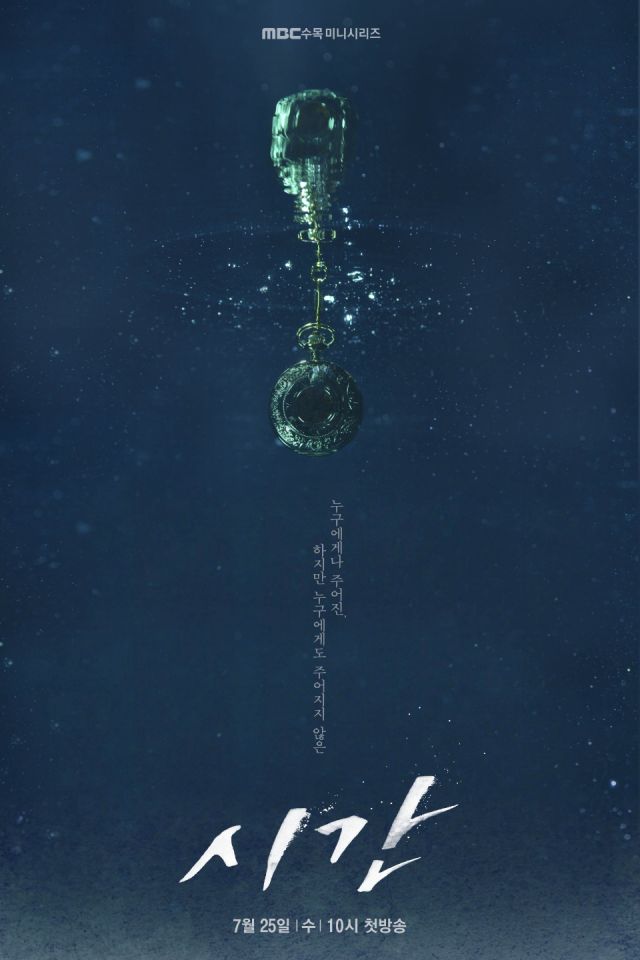