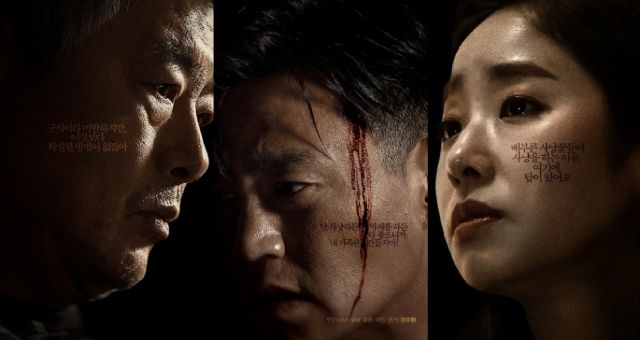 After attacking the senses with some dramatic teasers and posters, "Trap - Drama" takes a step back to look at the essence of its characters through these latest additions to its promotional campaign. The released character posters keep things to a bare minimum, teasing our protagonists' main motivations.

First off we have Kang Woo-hyeon (Lee Seo-jin), the anchorman caught in a trap. His poster reads "You can hunt me, stuff me as a trophy, whatever, but don't touch my family!" Our veteran detective, Go Dong-gook (Sung Dong-il), is tired, but he has to work, stating "I'm sorry I'm old-fashioned, but there's no surer way than this". Finally, criminal profiler Yoon Seo-yeong (Im Hwa-young) considers the case, saying "The reason why hunters hunt. The answer lies here".

What strikes me is that no one is really thinking about justice or even answers to this case in particular. Woo-hyeon just wants his life back, Dong-gook just wants to be done and retire, and Seo-yeong is quite unnervingly looking at this as some sort of an intellectually challenging social experiment.

So what is the nature of this hunt? Until now I had assumed that Woo-hyeon may be a political scapegoat. I also considered revenge, but I never considered the hunt as literal, rather than symbolic. In other words, don't get stuffed, Woo-hyeon. Euphemistically or otherwise. "Trap - Drama" premieres on February 9th on OCN. 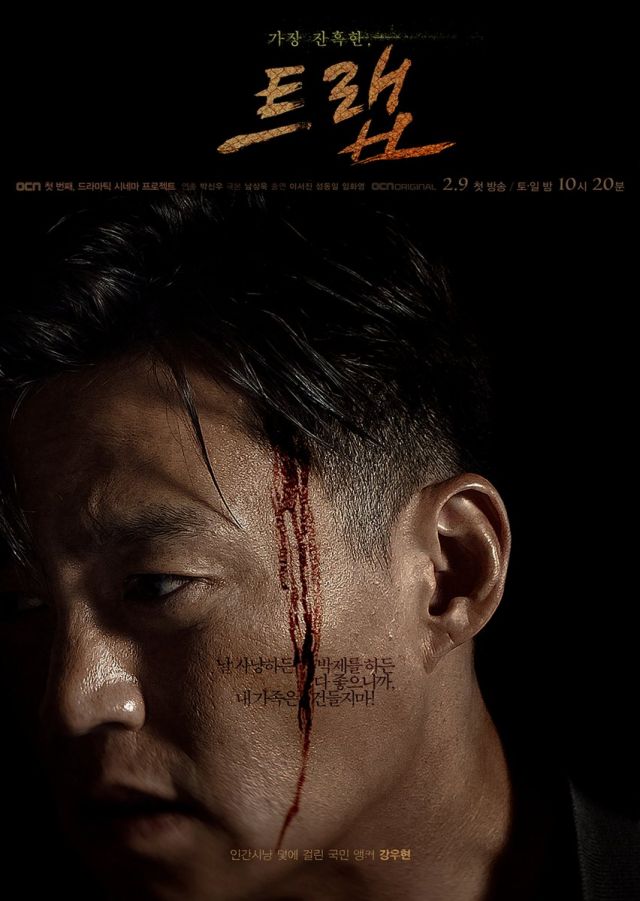 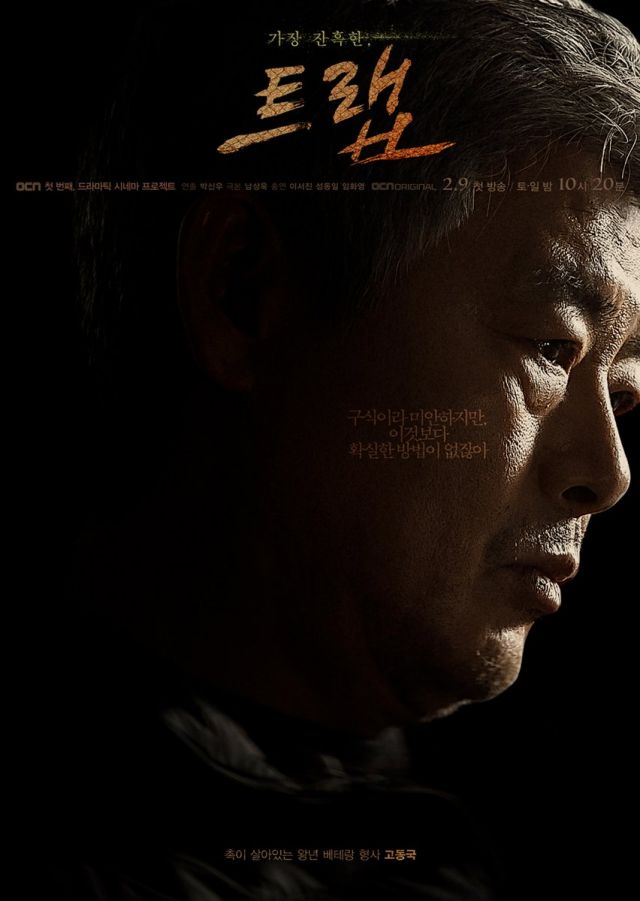 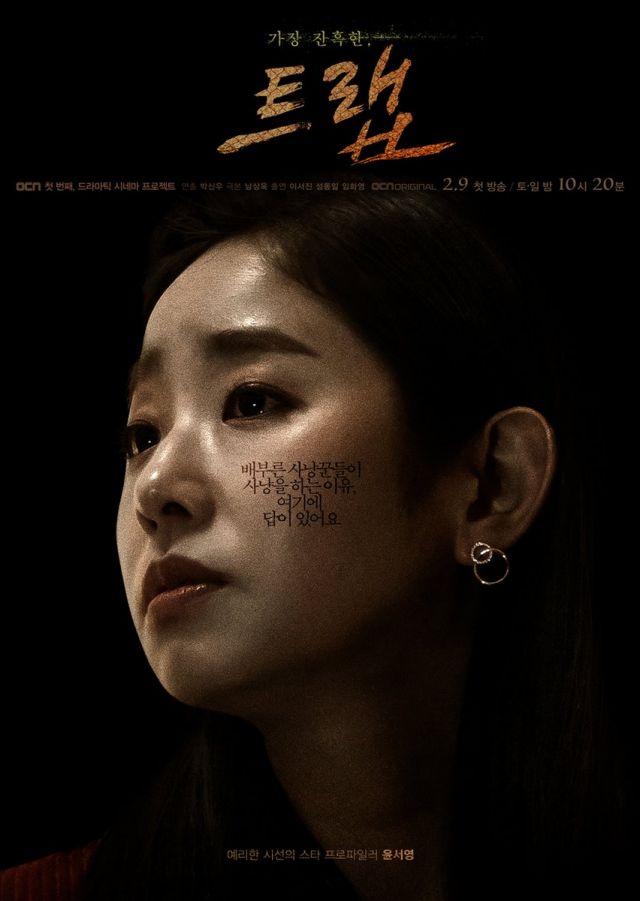