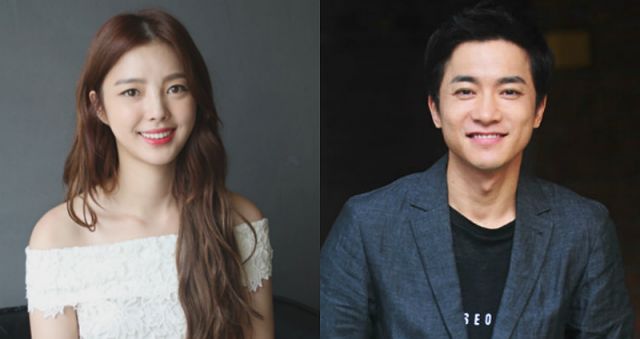 We have new faces joining Lee Yu-ri and Song Chang-eui in "Hide and Seek - Drama", the outlandish story exploring the fate of the heiress to the nation's largest cosmetics conglomerate, and a woman who had to live that life in her stead, as well as the desires and secrets surrounding them.

Uhm Hyun-kyung has signed on to play Ha Yeon-joo, an employee for "Make Pacific", which I'm guessing is the cosmetics brand mentioned in the premise. Being the daughter of a woman who has given her a good life, Yeon-joo is a good worker with a cute and kind work persona. Uhm Hyun-kyung will be transforming into the strong character of a daughter who wanted to become a make up artist for the sake of her mother, who has a burn scar. Yeon-joo does her best with the hand she has been dealt with by life.

Kim Young-min plays Moon Jae-sang, the successor of Taesan Group, one of Korea's best companies. He is a playboy with numerous lovers who is trying to fill the emotional void caused by his birth mother's lack of love for him, but he is a character one cannot hate. Well, if he is a cheater who manipulates his several juggled hidden lovers and treats women like trash in general, I think I can hate him just fine.

Everything about this sounds too dramatic and rich-focused for my liking, but it's a typical weekend piece for those who enjoy that extra (and "extra") drama in their lives. "Hide and Seek - Drama" will be premiering in August on MBC.