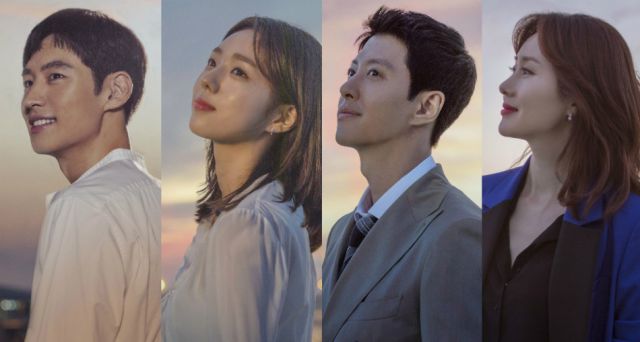 "Where Stars Land" has changed a number of times since its originally released premise, but the drama now about employees over at Incheon International Airport has a solid direction, and we have two new teasers, and four character posters to get more information from.

The drama stars Lee Je-hoon, Chae Soo-bin, Lee Dong-gun and Kim Ji-soo, who are introduced in their own individual shots. Lee Je-hoon is Lee  Soo-yeon, a member of the airport's Passenger Service Team. His poster includes a quote, reading "I met you who remembered me". Leading lady Chae Soo-bin plays fellow employee Han  Yeo-reum. Her poster reads "Of all places, there you were".

The two leads have their individual teasers released. In his own, Soo-yeon talks about how people wake up and go about their day, before expressing a depressing wish. "All I want is one thing; to go as unnoticed as possible". Yeo-reum more or less repeats the quote on her poster, having met Soo-yeon on a rainy day.

Second leads Lee Dong-gun and Kim Ji-soo hold higher places in the airport, as written out in their own character posters. He is Seo In-woo, the Operations Planning Team leader, while Kim Ji-soo is the Passenger Service Team leader, Yang Seo-goon. I'm not feeling "Where Stars Land" yet, but I'll see how its promotion goes, leading up to its October 1st premiere. 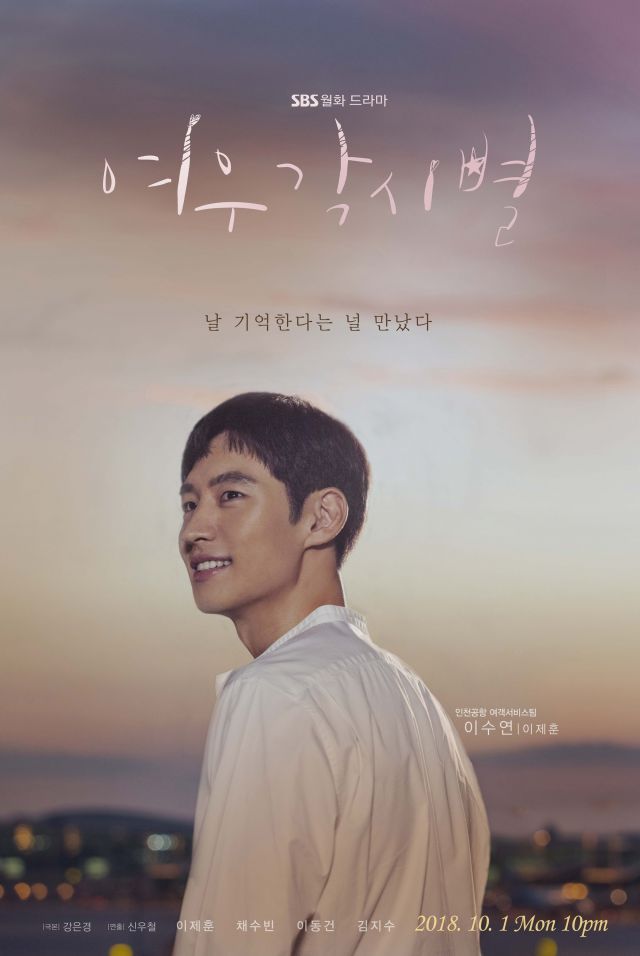 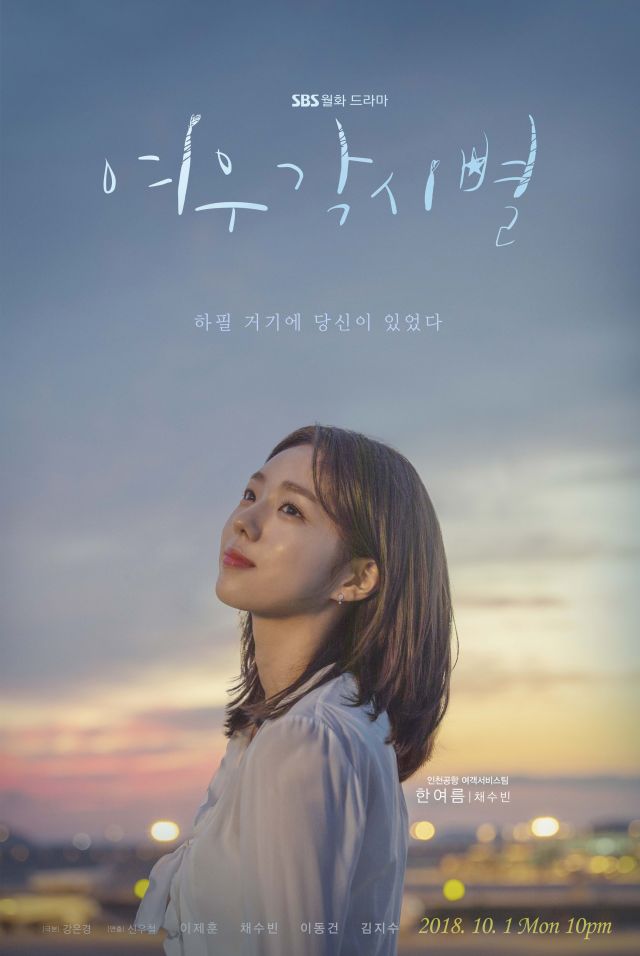 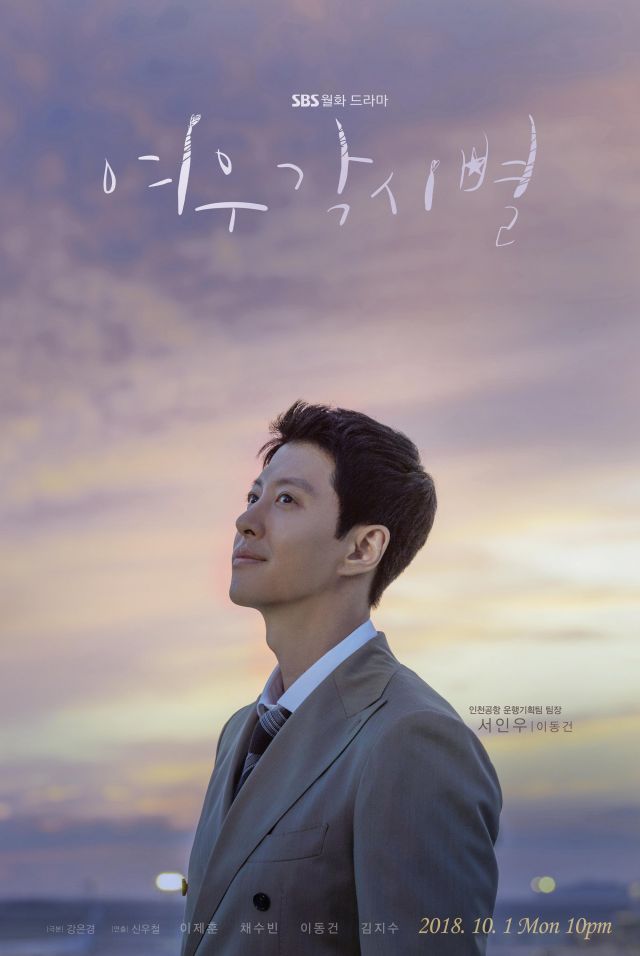 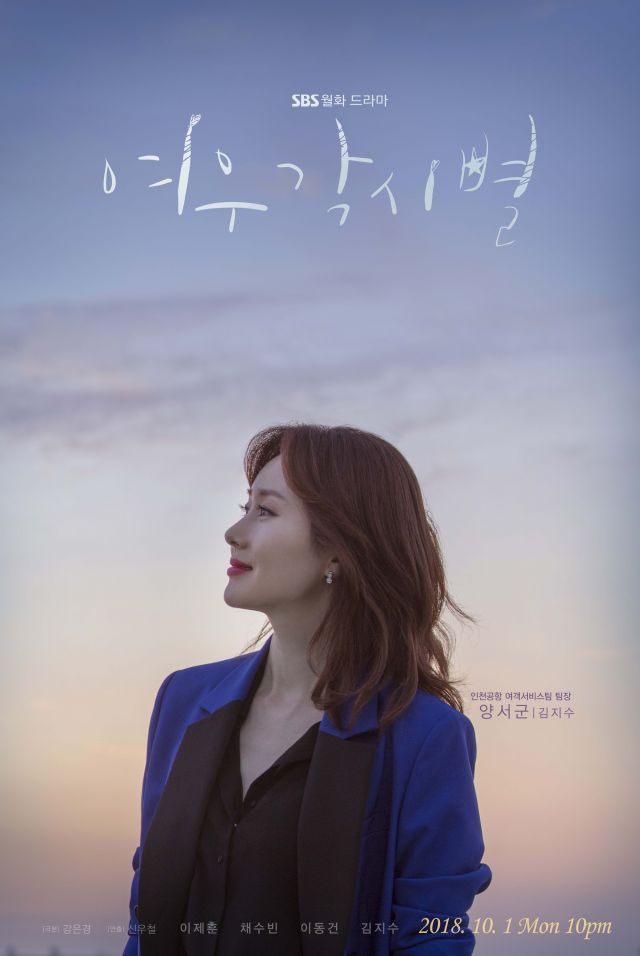