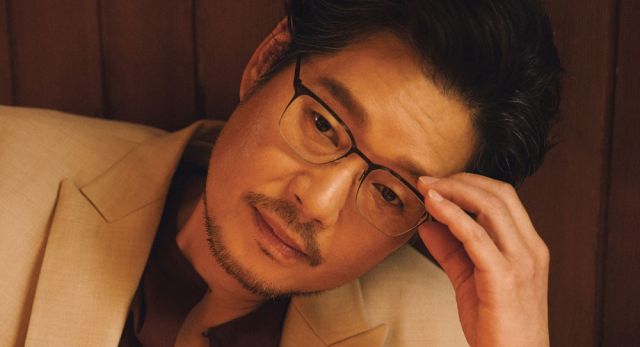 I can hear the satisfied sobs of "Secret Forest" fans over this news, as actor Yoo Jae-myung will make his return to the side of its writer, as well as Cho Seung-woo once more. The actor joins the hospital crew of "Life", making the cast even more delightful and the aforementioned fans no doubt very grateful.

Yoo Jae-myung will be playing Joo Kyeong-moon, the Head of the Department of Thoracic and Cardiovascular Surgery, and try saying that really fast about ten times. Kyeong-moon may be the department head, but he is an outcast in the hospital. He takes pride in his work and he has a sense of responsibility, which causes him regret when he needs to turn patients down due to red tape. In order to protect his values and the hospital's function, he is expected to clash with Goo Seung-hyo (Cho Seung-woo), who has a different approach than him.

The actor has stated that he finds the script to have great depth, adding that it is a pleasure to work with creators Hong Jong-chan and Lee Soo-yeon-I, while he also looks forward to his reunion with Cho Seung-woo.

While I have yet to board the "Secret Forest" train, I really want to tackle the drama at some point, and I have nothing but good feelings about Yoo Jae-myung's participation. The actor is simply one of those trusted figures who make everything they join better. As someone who knows the value of fan love, I'm also happy that the many viewers who love "Secret Forest" will get this reunion in "Life". May it be a great one!