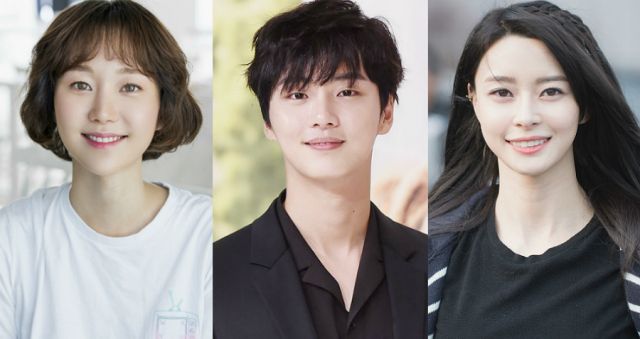 Say hello to a legal drama with a major dramatic twist, as Yoon Si-yoon, Lee Yoo-young and Kwon Nara have joined "Your Honor", a series where Yoon Si-yoon will play a double role as characters with a mysterious and complicated backstory. Should I be expecting courtroom makjang here?

"Your Honor" is a drama that sympathetically explores the differences between the meaning of justice in the courtroom, and the people's definition of it. The premise sounds realistic, but enter the character descriptions. Yoon Si-yoon plays the roles of twin brothers. The older, Han Soo-ho, is a computer-like judge who never steps outside of sentencing standards. His younger brother, Han Gang-ho, will take on his brother's place when the former disappears. Well, there goes the normalcy.

Lee Yoo-young plays a student at the Judicial Research Training Institute who believes that human dignity is more important than the dignity of the law. She will form a connection with Soo-ho when they meet in his office in the criminal division. Kwon Nara plays an anchor and Soo-ho's lover. She will also form a connection with his brother, Gang-ho.

The premise sounds almost slice-of-life, but the disappearance and the element of twins sound very dramatic. Multiple roles are here to stay, I suppose. For now, I won't indulge in assumptions on what we're going to get, but I'll be keeping an eye on the drama. Writing is Cheon Seong-il ("The Package", "The Long Way Home") and directing is Boo Seong-cheol ("My Gap-soon", "Mask"). The drama is scheduled for July on SBS.