[Orion's Ramblings] Cho Yeo-jeong and Kim Kang-woo Are Stylish and Loaded in New Posters for "Woman of 9.9 Billion" 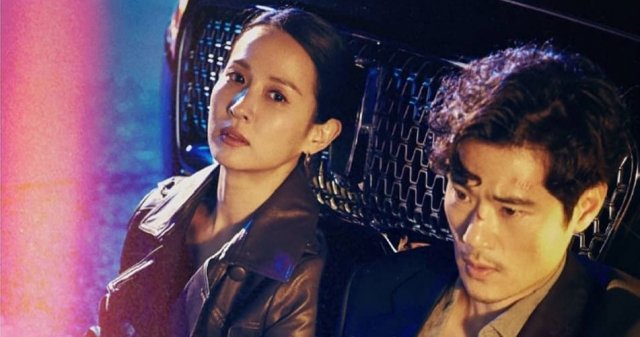 Fresh off a major win at the 40th Blue Dragon Film Awards for her performance in Bong Joon-ho's "Parasite" Cho Yeo-jeong is here to grace the small screen as well, while the always reliable and lovely Kim Kang-woo shines with her. "Woman of 9.9 Billion" has been releasing exciting teaser videos, but it could frankly just show me these posters and I'd follow it to drama-hell.

"Woman of 9.9 Billion" is a suspense piece about some not-exactly-earned money, and the woman who sees the lifeline offered by that money and grabs on to it for dear said life. The posters tease the chase that will be sparked when the heroine, who had lost all hope, decides to make a new path for herself, even with detective Kang Tae-woo (Kim Kang-woo) relentlessly on her trail for it as he searches for the truth behind his sibling's death.

In the stylized posters, Jeong Seo-yeon (Cho Yeo-jeong) and Kang Tae-woo look like they're here to steal our souls, and I volunteer. Despite the more aeshetically cool feel of the posters, the tagline itself keeps us grounded to our heroine's reality. "When I had given everything up, that money appeared", she says.

Writing this is Han Ji-hoon of "Time Between Dog and Wolf - Drama", and more recently "Last" and "Night Light", which is encouraging to see, while it is helmed by PD Kim Yeong-jo of works such as "Jing Bi-rok" and "Jang Yeong-sil - Drama". "Woman of 9.9 Billion" is premiering on December 4th. 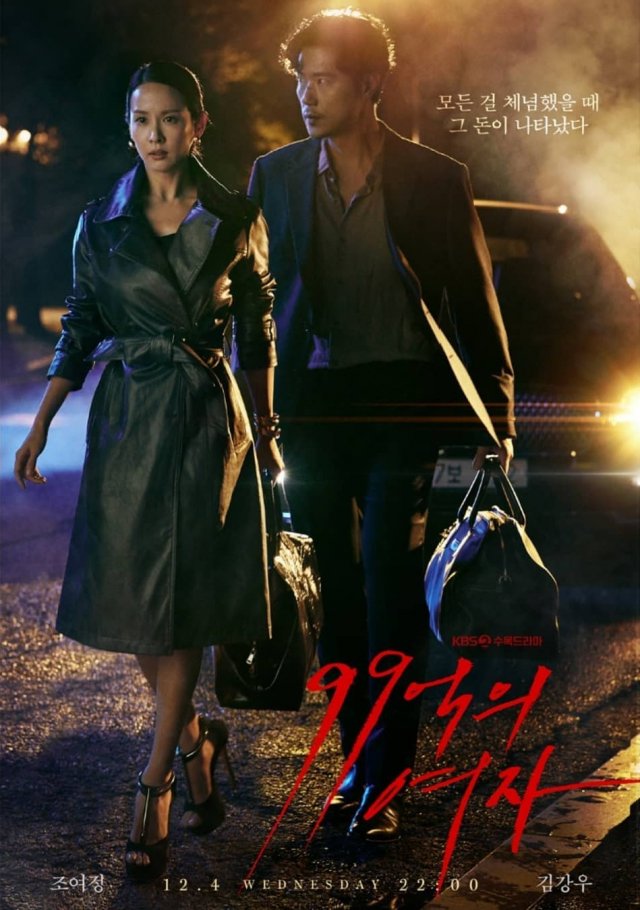 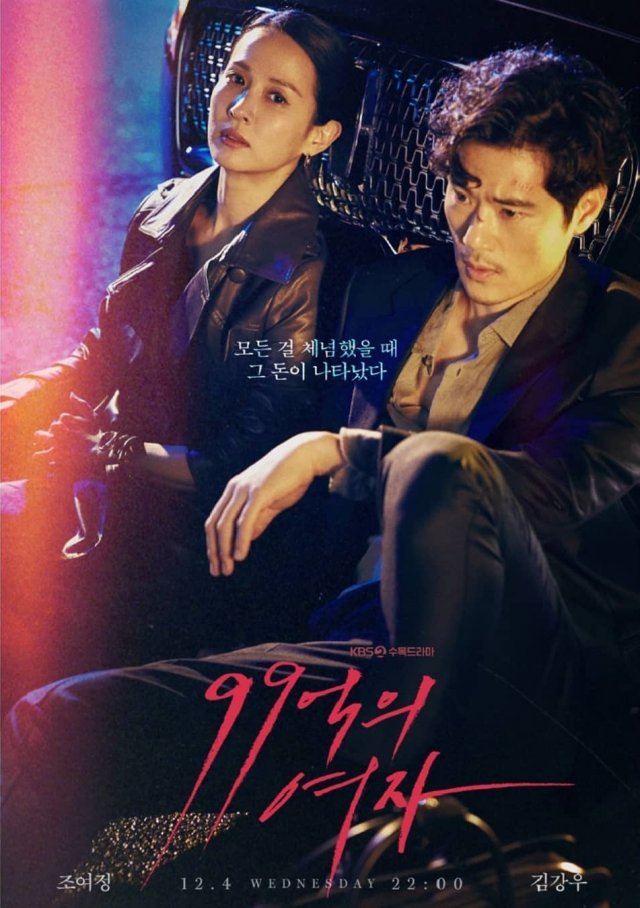 "[Orion's Ramblings] Cho Yeo-jeong and Kim Kang-woo Are Stylish and Loaded in New Posters for "Woman of 9.9 Billion""
by HanCinema is licensed under a Creative Commons Attribution-Share Alike 3.0 Unported License.