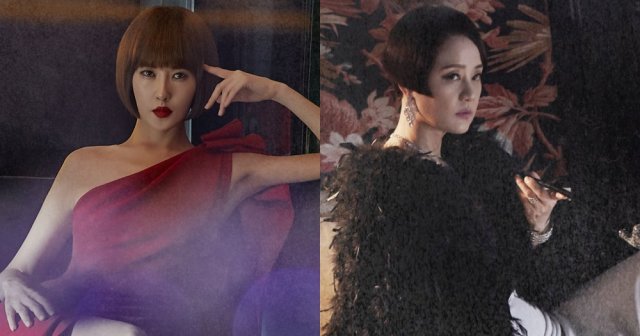 It's time to get that relationship chart going, and "Secret Boutique" is not about to make it easy for us. You can't have grand drama without grand connections, and the connections you can see in the following posters range from the significant to the petty.

First up we have Jenny Jang (Kim Sun-ah), the character behind the veil. Jenny Jang is the owner of J Boutique and a big shot in the political and business circles who is eager to become the head of chaebol company DEO Group. Her past looks tragic and her hate for our villain great. Her poster reads "You will regret it. I have never lost, chairman".

Our villain is Kim Yeo-ok (Jang Mi-hee), the leader of the DEO Group. As we've already seen in the first teaser, this is one abusive person on a big power trip. She may also be Jenny's future, her words echoing as a cautionary tale; "You don't know what I've had to do in order to come this far". 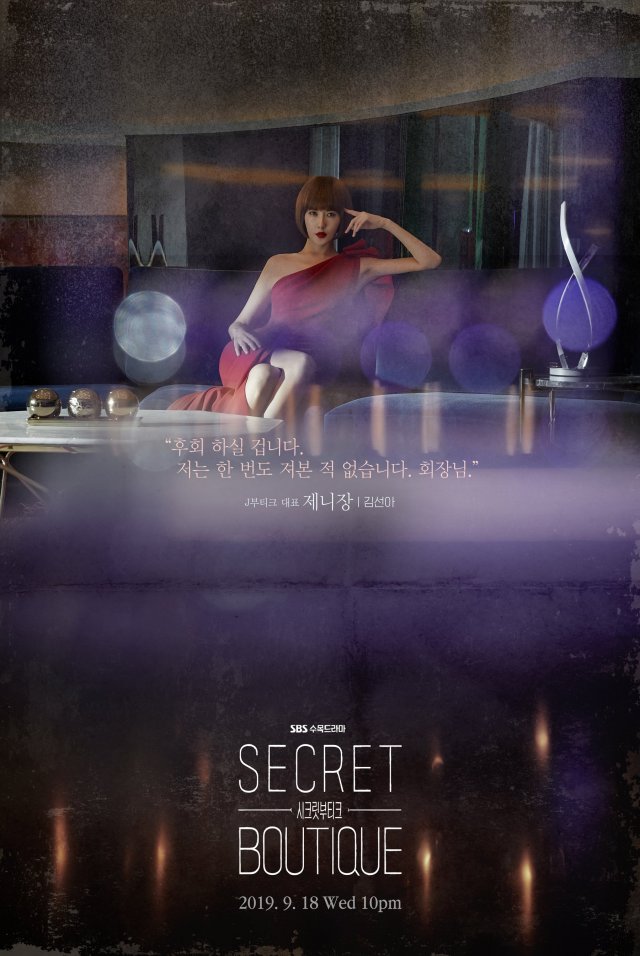 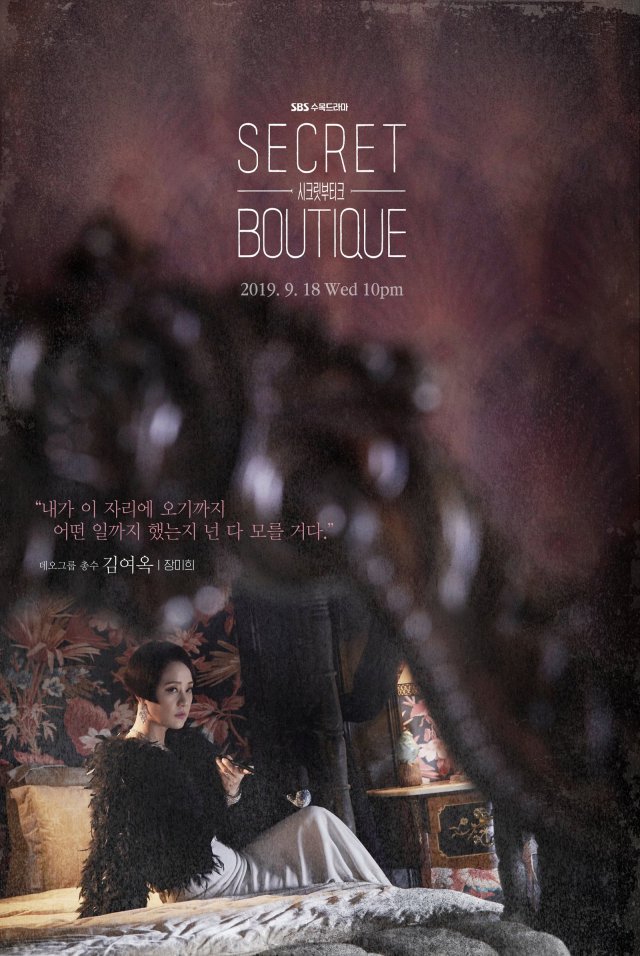 Next up comes Wi Ye-nam (Park Hee-von), the eldest daughter of the DEO Family. Despite her family's standing and her positions as executive director of the DEO Foundation and director of DEO Cosmetics, she has an inferiority complex against Jenny, and wants to take her down. Her words read "This is a battle of pride now. I will teach you how to obey your master".

Go Min-si plays Lee Hyeon-ji, the youngest of the vicious ladies and a naturally gifted amateur Go player who unexpectedly gets entangled with Jenny Jang and the DEO Group following her mother's disappearance. Her story sounds tragic and her situation desperate. "Amateur Go player. A lesser dragon who can't spread her wings. That's me", she says. 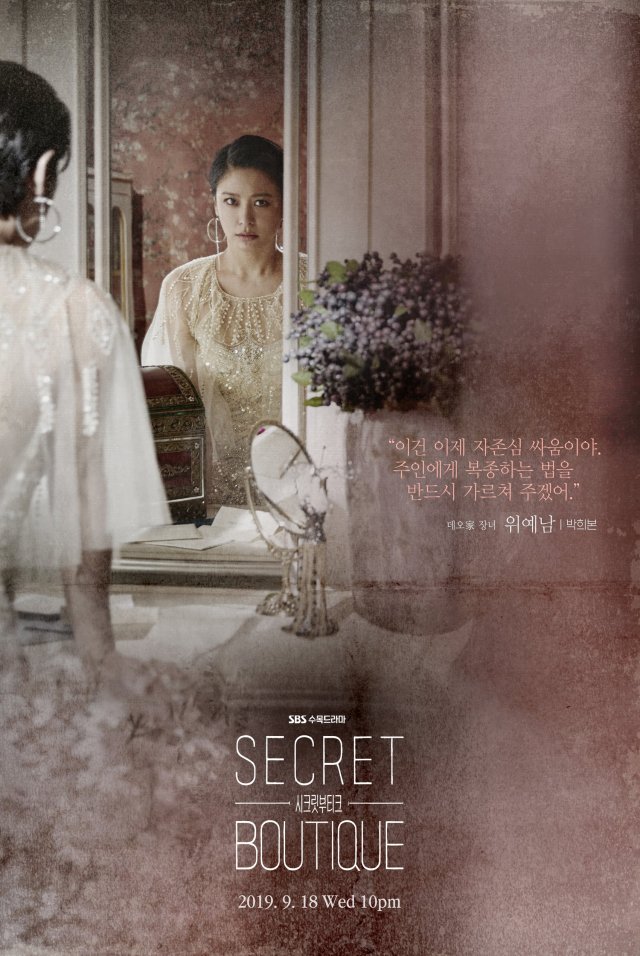 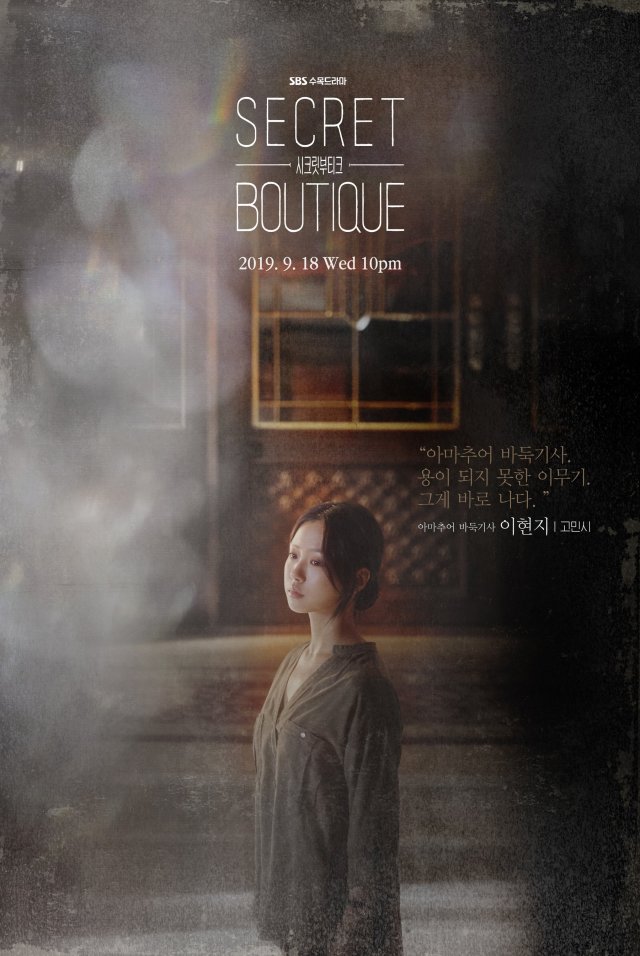 Moving on to our men, Yoon Seon-woo (Kim Jae-young) is the lawyer of J Boutique and a junior of Jenny Jang from their days at the orphanage. While he is cold to others, he shows an unconditional devotion to Jenny, which he makes clear in his poster as well, stating "So that you get what you want. So that you don't get hurt. I'll see to that".

This leaves us with the mysterious Wi Jeong-hyeok (Kim Tae-hoon). The eldest son of his family's group, DEO Hotel's director, and a 'wannabe-single man', Jeong-hyeok suddenly enters the race for the group's succession with skeletons in his closet. He has had a deep friendship with Jenny Jang since they were young, making him the odd one out in this family. His words sound noble, and dangerous for his well-being; "It's okay if I'm used. You are someone who is worth that much to me".

Two men ready to fight for our heroine while she battles it out with equally formidable women sounds like a recipe for some delicious drama. You can also see more of the ladies in the second teaser for the series, and more of the gentlemen in the latest one, as we wait for "Secret Boutique" to land on September 18th on SBS. 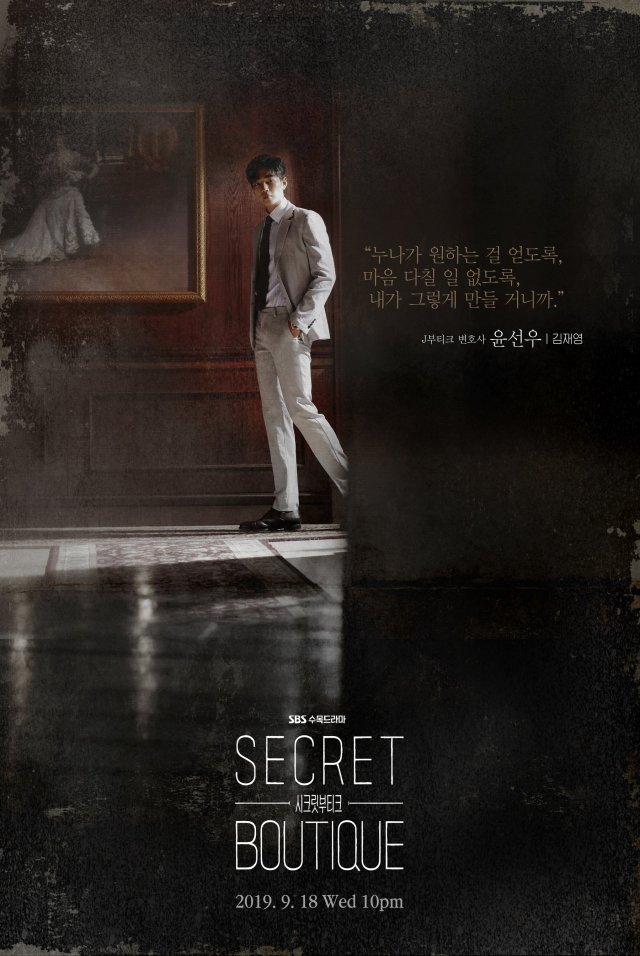 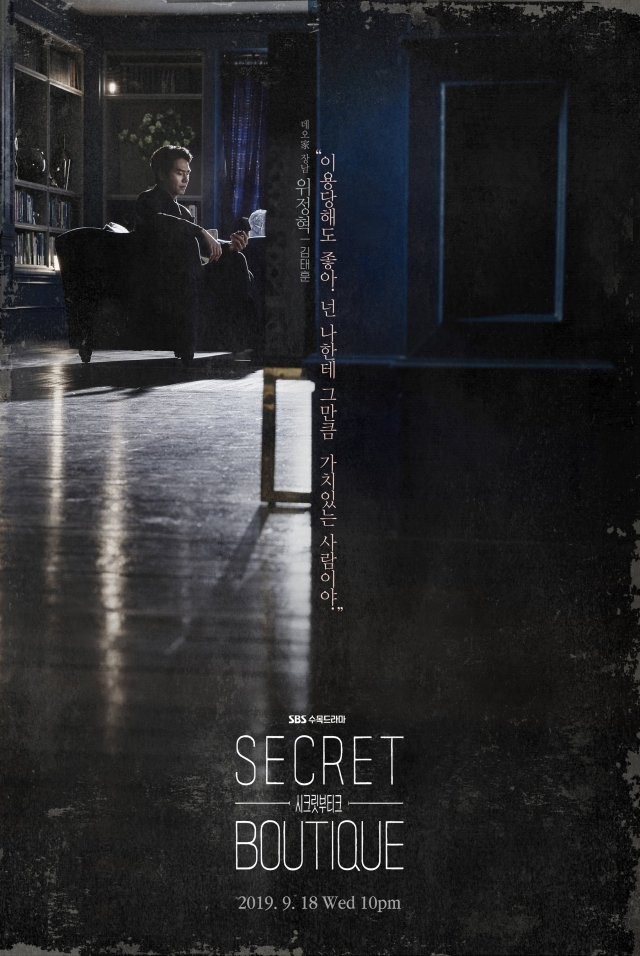