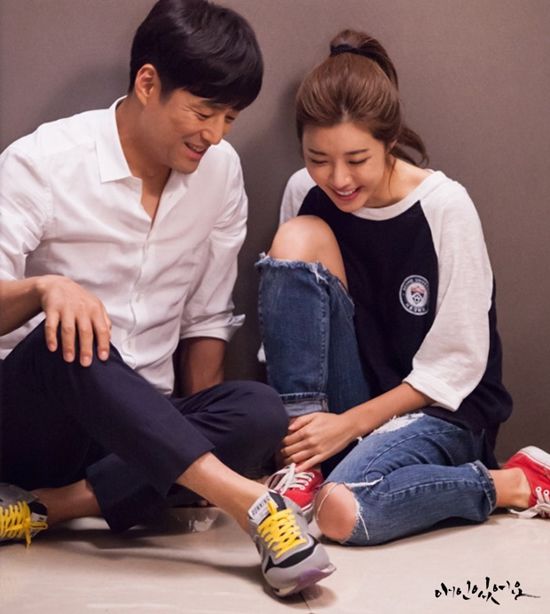 The story of the affair of a brother-in-law and sister-in-law.

This is the story of Shakespeare's "Hamlet" which might seem like a makjang story. The Greek story of Oedipus who kills his father and marries his mother, is also another good example of a makjang drama in the year 2015.

What's the standard of telling a makjang drama from one that's not? There's no answer to that as the boundary is vague like the proposition of 'art and indecency'. It all comes down to being subjective, but in the sign-less reality, makjang stories end up being outrageous, sometimes irrational, and even ridiculous to keep the viewer hooked.

What about those who are currently engaged in the business, such as actors and actresses, producers, writers and critics? Can they tell the difference between makjang and classics?

- Actor Lee Kyu-han, "If the cast and I don't understand what's going on, then that's a makjang drama right there"

SBS drama "I Have A Lover" became controversial from the beginning. A woman who lost her memory falls back in love with the husband that she hated so much. The word 'affair' was introduced first. Then came the complicated love story of Park Han-byul (Kang Seol-ri) who was shameless of her doings, Ji Jin-hee (Choi Jin-eon) who wavers and Kim Hyun-joo (Do Hae-kang) who ends up not remembering anything. What do the cast think about makjang?

Kim Hyun-joo, Ji Jin-hee, Park Han-byul and Lee Kyu-han were at the premiere of the drama in August. They claimed their drama wasn't a makjang drama. Lee Kyu-han said, "There has been a drama which I, the actor didn't even understand so I just wanted to get it over with. That is what I call makjang. "I Have A Lover" is difficult to understand, but I don't think it's extreme".

"The Queen's Flower" which ended in August with a high viewing percentage of 22.4%, was also involved in 'makjang' controversy. Kim Sung-ryung who played Rena Jeong, said, "The standard of being extreme is the life we live in. A drama is about the way people live life and the extent of extremity gets reflected in dramas. Take a look at TV shows like "Amazing World", "Real Life Events" or "We Want to Know", the world is makjang. The story of Rena Jeong is very likely to happen in reality".

A drama producer says his standard of outrageousness is the balance between side scripting and pre-production. "Side scripts are the result of reflecting the viewers' opinions and media play".

"The story then loses balance and goes haywire, causing the characters to lose their colors and eventually becoming a makjang drama. Dramas with provocative elements or seem anti-human are not makjang. The process and method of creating the dramas causes them to become one. It is more likely for a pre-produced drama to become a classic because it stands with weight, although it may be hard".

Actor Lee Beom-soo also shares a similar view. He said, side scripted plays are beyond makjang and outrageous. He said, "For example, my character is A which bullies B but what if one day the side script says B is my brother? How am I going to overcome the gap there? If the actor knew about the twist earlier, then he or she would have approached the role in a different method".

"We can't call up the writers all the time and quibble over it. In the end, the confusion leads to distortion of the storyline and the drama becomes tragic". 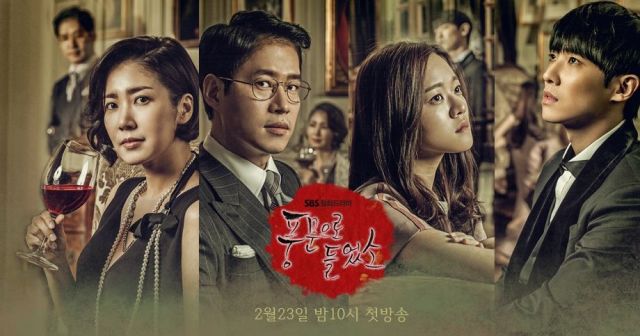 - Writer Lee Geum-rim, "The writer knows what the drama is"

Lee Geum-rim, the chairwoman of the Korea Writers' Association says, "No matter how high the viewing percentage is or how fast it's selling overseas, makjang dramas just can't be cheered for". What is her way of telling the difference?

She said, "The subject matter of the drama might not have any extremities. I also agree that anything is possible in a person's life. However, extremity comes from the writer's consciousness. If there is a hint of excitement for inducing the attention of the viewers, then that's makjang. However, if there's sincerity in even the most provocative elements, then it's not".

She took "Heard It Through the Grapevine" as an example. She said, "The subject of two minors giving birth might seem outrageous to most, but if you see how the writer tries to peel off the hypocrisy of a 'rich family' and highlight on the false consciousness, then I don't see that as extreme. The writer will know what he or she has written. They have to be responsible for their writings".

Someone else shares a similar view with Lee Geum-rim. Jeong Deok-hyeon is a critic who says, "There must be a promise in a drama. If the drama gives up on the set character and basic concept of the drama, then that's makjang. Most makjang dramas don't have a clear vision but instead have a typical cliché formation".

"We can't categorize a drama just by its subject matter. If there's a message in the drama then that's not a makjang one".

"Outrageous 'makjang' dramas distinguished by cast, producer and writers"
by HanCinema is licensed under a Creative Commons Attribution-Share Alike 3.0 Unported License.
Based on a work from this source