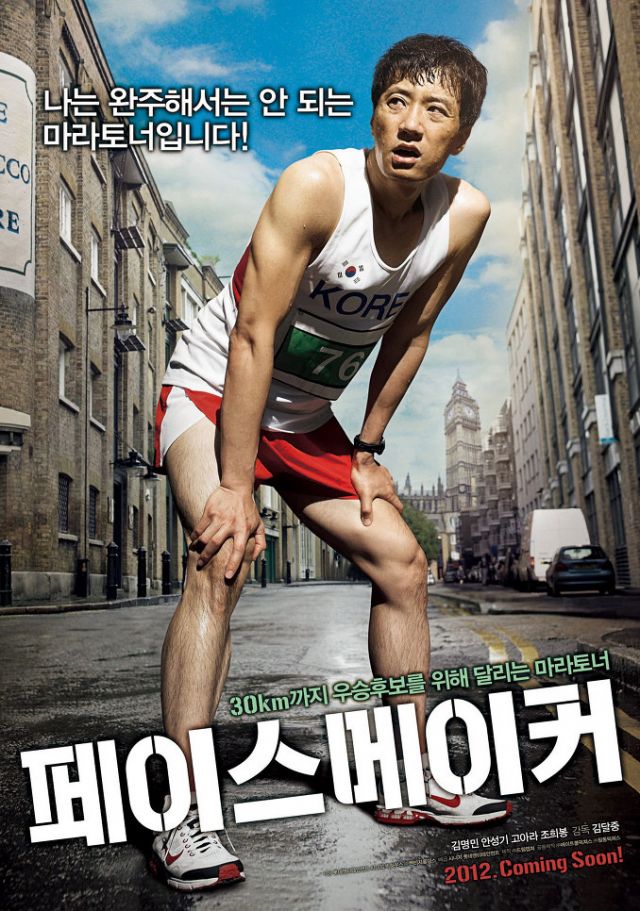 The poster features a full-body image of a sweaty Joo Manho (Kim Myung-min), a marathon runner. He is pictured in the middle of the road, presumably during a marathon race at the London Olympics 2012, with one hand resting on his knee and the other on his thigh. His facial expression resonates with the top tag line which reads "The marathon runner that I'm not allowed to be!". The bottom tag line that reads "A runner who leads in the first 30km" tells what a marathon Pacemaker is. Finally, London's famous Big Ben at the background completes the composition. The images were shot in England's capital last June.

"Pacemaker" focuses on the inspiring life story of Joo Manho (Kim Myung-min), a retired Olympic Pacemaker who makes a comeback, but this time to pursue his dream of finishing a full marathon. Veteran actor Ahn Sung-ki and actress Go Ara also star in the movie.

Meanwhile, the teaser trailer which was earlier foreseen to be released end of November will be available on the first half of December.

The movie is the big screen directorial debut of musical director Kim Dal-joong. It is set to open in Korean theaters in 19 January 2012.