"Padam Padam... The Sound of His and Her Heartbeats" Jung Woo-sung and Han Ji-min, like a couple even off camera 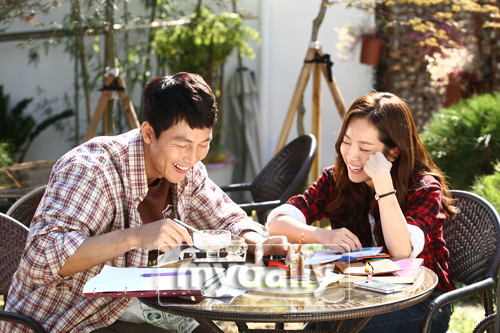 Actor Jung Woo-sung and Han Ji-min looked like they could be a real couple.

Jung Woo-sung and Han Ji-min are showing excellent teamwork in the jTBC broadcasting channel special drama, "Padam Padam... The Sound of His and Her Heartbeats".

The picture that was revealed on October 13th was taken during a break in between shooting the drama and the two were smiling brightly. Kim Beom and Kim Jae-woo also looked charismatic.

Jung Woo-sung and Han Ji-min were talking to each other on a terrace under the warm sun. Their unmade-up and natural selves made them look outstanding even off camera.

The staff say, "Thanks to our good looking actors and actress, the site is always crowded with fans trying to get a glimpse of them so it's hard to control but we think of it as affection for the drama as well. We are all working hard and cheerfully so please look forward to seeing the drama".

"Padam Padam... The Sound of His and Her Heartbeats" is about the love story between Yang Gang-chil who was sent and released from prison in 16 years due to a false charge of murder and Jeong Ji-na who is strictly realistic and selfish to herself. Coming this December 5th. 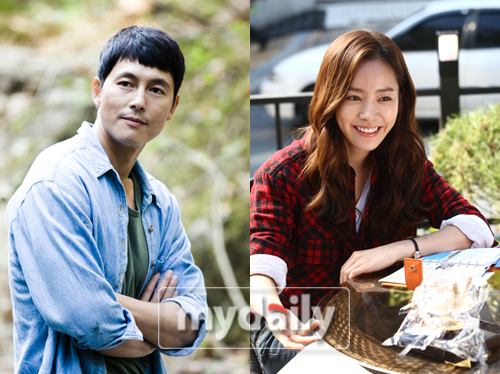 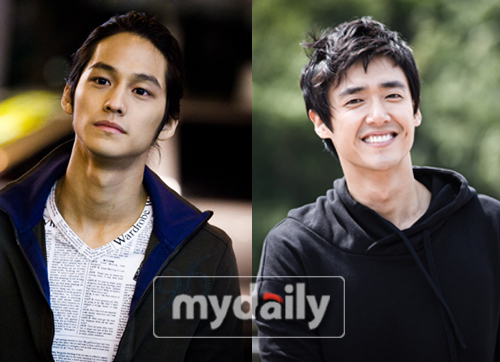 ""Padam Padam... The Sound of His and Her Heartbeats" Jung Woo-sung and Han Ji-min, like a couple even off camera"
by HanCinema is licensed under a Creative Commons Attribution-Share Alike 3.0 Unported License.
Based on a work from this source