"Padam Padam" Kim Beom, "Lee Gook-soo is a challenge for me" 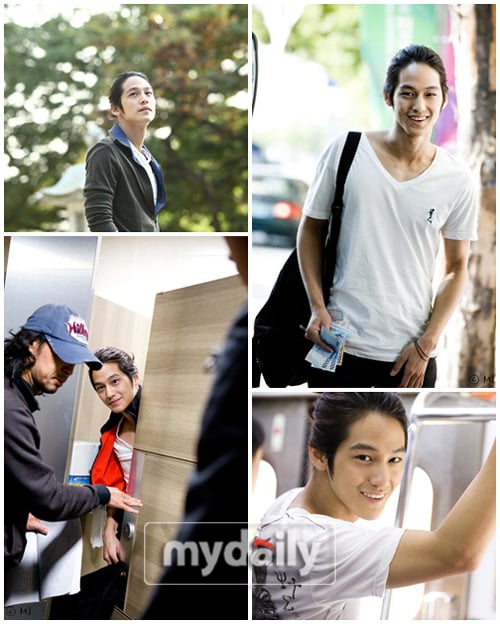 Actor Kim Beom revealed that his character is a 'big challenge'.

Kim Beom plays the role of the four-dimensional but pure and bright Lee Gook-soo in the jTBC special drama "Padam Padam... The Sound of His and Her Heartbeats", which is coming this December.

Gook-soo is usually bright and naïve but turns 180 degrees and acts serious when the situation needs it, showing off strong charisma just like the guardian angel who will do anything for Kang-chil.

Kim Beom is creating various new faces and expressions, making his own Lee Gook-soo as he does so. To express the heavy and serious version of Lee Gook-soo, Kim Beom stays that way before, after or even during break times to keep character.

He says, "Lee Gook-soo is something I haven't done before and it's a big challenge because he has so many faces, but it's fun and fluttering".

"Padam Padam... The Sound of His and Her Heartbeats" is about Yang Kang-chil (Jung Woo-sung), who comes out of prison after 16 years after being accused of murder, Jeong Ji-na (Han Ji-min), who is extremely realistic and selfish, and the human angel Lee Gook-soo, who tries to protect them. It is coming soon on the 5th of December.

""Padam Padam" Kim Beom, "Lee Gook-soo is a challenge for me""
by HanCinema is licensed under a Creative Commons Attribution-Share Alike 3.0 Unported License.
Based on a work from this source