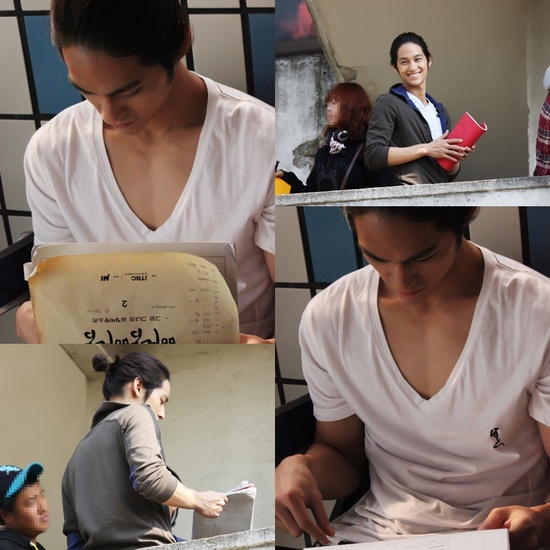 Kim Beom was seen never putting down the script for the drama JTBC drama "Padam Padam... The Sound ofHis and Her Heartbeats".

He keeps looking into the tattered script book again and again. As this is his comeback project after a long time away from work, he is working extra hard.

Kim Beom is taking on the role of a unique character known as Lee Gook-soo, a living angel. He is sometimes bright and cheerful like a child but sometimes very charismatic.

The drama official says, "Kim Beom is enjoying this drama like a rookie and the staff on site are enjoying his company as well as his gratitude. He is not only the guardian angel of Yang Kang-chil (Jung Woo-sung) but also the angel of "Padam Padam"".

""Padam Padam" Kim Beom's script obsession "
by HanCinema is licensed under a Creative Commons Attribution-Share Alike 3.0 Unported License.
Based on a work from this source