Park Bo-young from "The Silenced", "Uhm Ji-won and I talked about showbiz" 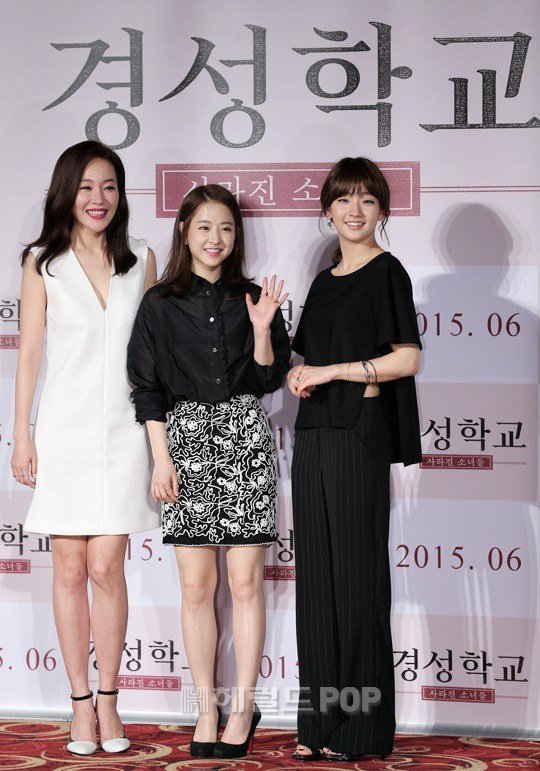 Park Bo-young and Uhm Ji-won talked about many things on set.

The production premiere of "The Silenced" was held in Lotte Cinema at Gundae University on the 21st.

Producers and casts such as Park Bo-young, Uhm Ji-won and Park So-dam were there.

The movie revolves around three women and MC Park Kyung-rim asked if they got to spend a lot of time together but Uhm Ji-won said, "I didn't really get to run into Park So-dam a lot. But with Park Bo-young, we discussed many things that girls usually talk about".

Park Bo-young said, "We talked mostly about showbiz. She gave me lots of advice about the things I have been through and the things I will go through in the future".

"The Silenced" is about a girl who witnesses the disappearances of girls at the Gyeongseong Boading School in 1938. Park Bo-young plays Joo-ran, the only witness to the mystery and Uhm Ji-won is the principle who hold a secret about the school.

"Park Bo-young from "The Silenced", "Uhm Ji-won and I talked about showbiz""
by HanCinema is licensed under a Creative Commons Attribution-Share Alike 3.0 Unported License.
Based on a work from this source