Park Chan-wook and Kim Jee-woon debuts to the US 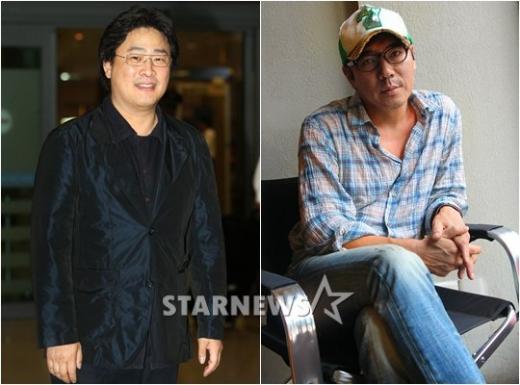 Directors Park Chan-wook and Kim Jee-woon who stepped into Hollywood are coming back with a domestic movie.

According to movie sources, Park is coming back to Korea with the movie "The Handmaiden" which is about two young women and two young men. It is based on an original novel.

Kim Jee-woon is also preparing to come back with an animation called, "Illang : The Wolf Brigade". By director Okiura Hiroyuki, "Jin-Roh" is based in future Japan about the battle between police who have strong military power against those who are against the government. It is called the legend among animation fans.

Kim Jee-woon's "Illang : The Wolf Brigade" is going to cost over 10 billion won and is going to aim for creating a new kind of SF,

Park Chan-wook stepped into Hollywood in the year 2008 after "Thirst" and created "The Last Stand" in the US. He was awarded "The Director of the Year" for the first time as an Asian director.

Many expect the comeback of the two great directors to be plentiful and great.

Park Chan-wook is going to proceed with "Miss" along with "Stoker" and Kim Jee-woon's "Illang : The Wolf Brigade" is being slowly organized.

"Park Chan-wook and Kim Jee-woon debuts to the US"
by HanCinema is licensed under a Creative Commons Attribution-Share Alike 3.0 Unported License.
Based on a work from this source