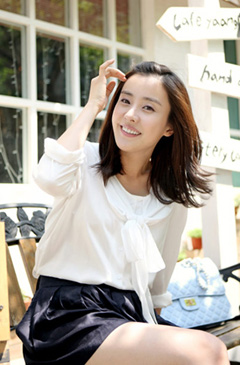 Actress Park Eun-hye made her first public appearance since she had a baby when she met with some 600 Chinese fans in Seoul on Wednesday. Park, who is popular in China, has worked hard to promote cultural exchanges between the two countries.

In May last year, Park visited Jeju Island with some 1,000 Chinese fans, showing them around the scenic sites and watching Korean traditional arts performances.

The latest fan meeting was organized by a Chinese cosmetics company for which Park have modeled for four years, and participants were chosen among its customers by lottery. Park offered them makeup tips and spoke about Korean etiquette and culture.