Park Geun-hyung, "I told Won Bin to cut his hair" 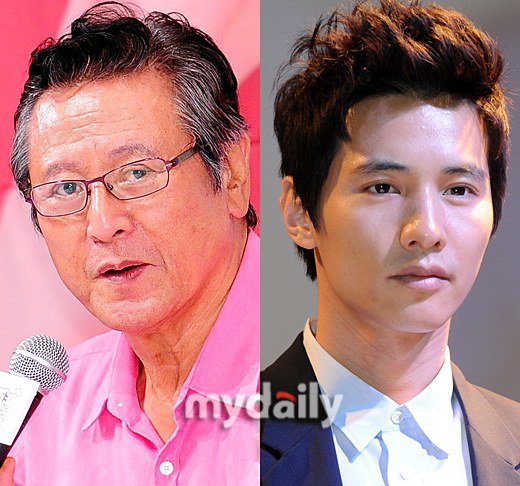 Actor Park Geun-hyung recalled Won Bin when he was a rookies.

Park Geun-hyung appeared as a guest on the MBC FM4U "Sunny's FM Date" and she asked, "We heard that Won Bin cut his hair because of you?" and he claimed it was an old story.

He said, "That was when he was doing the drama "Ggokjji". He was the leading youth and his hair was so long it nearly covered his eyes. But his role wasn't like that. I told him to cut it and he was brave enough to do it the next day".

DJ Sunny said, "Thanks to you, we were able to see his good looks". Park Geun-hyung replied, "He was also really good looking".

Park Geun-hyung claimed that he doesn't scold younger actors if he's not interested in them. He said, "If I see how he or she is doing his job, my passion to give advice precedes me. However, when I don't feel any change in temperature in that person, I don't say anything".

"The younger actors and actresses claim I am scary but usually that goes away after we've worked together. They also say that I am cruel when it talk".

Meanwhile, actor Lee Sang-yeob made a surprise appearance and expressed his respect and affection for Park Geun-hyung.

"Park Geun-hyung, "I told Won Bin to cut his hair""
by HanCinema is licensed under a Creative Commons Attribution-Share Alike 3.0 Unported License.
Based on a work from this source