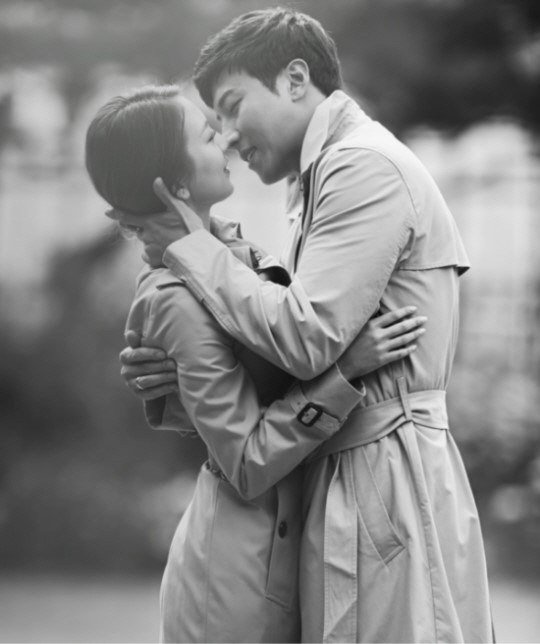 Park Gun-hyung took his wedding pictures with his wife-to-be.

Pictures of the to-be-wedded couple were released on the 16th.

In the behind-the-scene pictures of them, Park Gun-hyung is pressing away at the camera shutter while the bride is being photographed by herself. He also takes care of her attire himself which shows how much he's in love.

Photographer Oh Joong-seok said, "Park Gun-hyung came to me personally and asked for a wedding pictorial for his bride. Despite the fact that he is suffering from a neck disc, it was impressive [to see] how hard he worked to make good memories for his bride".

The couple in the pictures look like they just stepped out from a movie. The picture of them in trench coats and looking at each other looks like the poster of the movie "One Day".

Park Gun-hyung was smiling the entire time he was with his bride.

His management claims, "Park Gun-hyung announced his marriage to his fans first. They have been sending him wedding gifts and congratulating him. The couple are touched".

Netizens say, "They look so beautiful in the pictures", "He looks like an actor", "They can't stop smiling", "It's so great how he's so caring about his bride" and more.

Meanwhile, Park Gun-hyung is getting married after a 2-year relationship on the 20th of October. 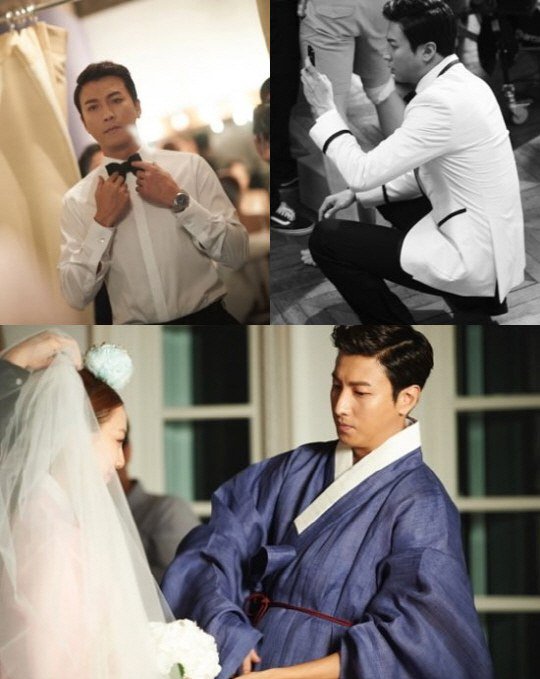 "Park Gun-hyung takes wedding pictures 'like a movie'"
by HanCinema is licensed under a Creative Commons Attribution-Share Alike 3.0 Unported License.
Based on a work from this source