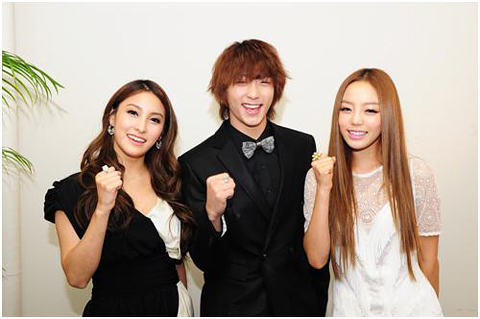 KBS 2TV's "Music Bank" held an event entitled "Music Bank in Tokyo K-POP Festival" at the Tokyo Dome, and Kara participated in the event. The festival has been designed to expand the K-Pop boom in Japan, and a total of fifteen singing groups including Kara, Dong Bang Shin Ki, Girls' Generation, 2PM, and Beast participated in the event. The 45,000 tickets for the concert sold out. Park Gyu-ri and Goo Ha-ra appeared as both singers and special guest MCs along with the original MC of the program, Hyun Woo. Park Gyu-ri said, "It is a great honor for me to stand on this stage of the Tokyo Dome, and moreover, I feel really happy that I am hosting the concert as MC. I think that I have to do my best to try to hold Kara's concert at this place someday". 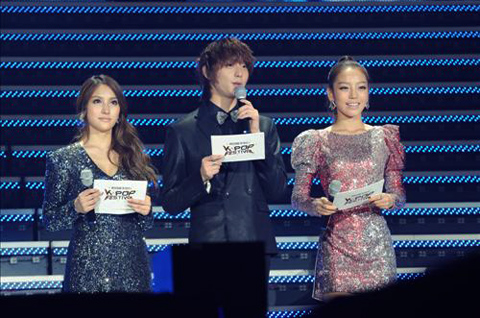 Kara had gone through difficulties of potentially disbanding the group, and their resolution for a performance on this large stage was extraordinary. Goo Ha-ra said, "I always feel happy when all five of our members stand on stage together. People seem to like to watch all five of us together. I will try to enjoy our performance on the stage for our fans". Park Gyu-ri said, "I have always said that my final destination was performing at the Tokyo Dome, so now I feel pressure about our performance. The stage is really huge, and I think that I need a louder voice".

Kara appeared on the stage as the first singing group and they proved that they were the real leading singers of the K-Pop boom in Japan. All 45,000 audience members greeted Kara with loud cheers and ovations. Asked whether they can feel their popularity in Japan, Goo Ha-ra answered with smile, "I could feel our popularity in Japan when my close friends asked for our photo and autographs after coming back from Japan. I think that more people in Japan recognize Kara's songs and members". Park Gyu-ri said, "When I look at the music charts, I can realize our popularity. I began studying Japanese with a light heart, but I have come to study harder as people's anticipation gets larger. As our Japanese fans like us, I have come to think that I have to speak Japanese better. We have more activities in Japan, so our Korean fans may feel sad, but they still cheer for us. So I think that I always have to do my best for our fans everywhere". 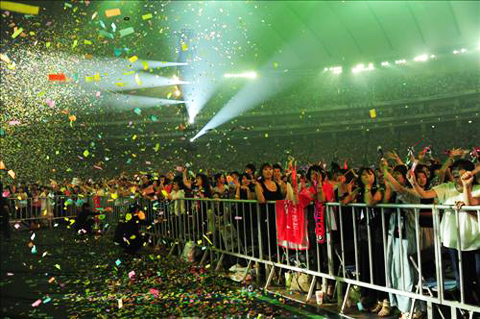 "Park Gyu-ri and Goo Ha-ra: 'We feel Nervous because Huge Tokyo Dome'"
by HanCinema is licensed under a Creative Commons Attribution-Share Alike 3.0 Unported License.
Based on a work from this source