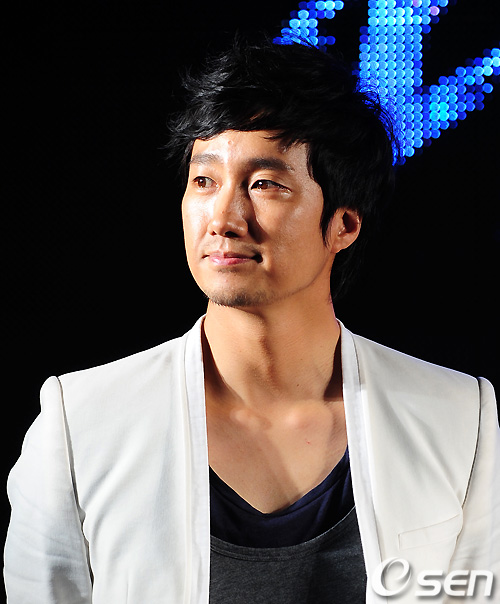 Actor Park Hae-il can be said he is the most diligent actor in Chungmuro.

When the images from the last piece of work is about to set it, he comes forward with something new again soon.

Park Hae-il who has become one of the most successful actors this year with "Arrow: The Ultimate Weapon" which has drawn up to 7,000,000 audiences, is not becoming an old man.

Park Hae-il is taking on the role of a 70 year old man in the best selling novel made movie "A Muse" and he starts shooting in October. The role of Lee Jeok-yo who is slowly becoming mentally unrest, is a complicated character standing in the path of the will to live and death. This complicated character needs that much fine acting and Park Hae-il was long ago chosen to be it. He goes through transformation with special effect make-up.

This is a major change for Park Hae-il who was a master arrow shooter in the Chosun times. He deserves to take it easy with the promotional success of the movie and all but he never stops.

Last year, he was in "Moss" and "Heartbeat", in 2009 he was in "A Million" and made a special appearance in the movie "Good Morning President". He also worked hard in small movies like "End of Animal", and others. He's been showing at least 2 movies a year on a regular basis.

Looking at his choice of movies, he focuses on originality of the scenario more than the director or size of the movie. He especially seems to prefer uniqueness.

About why he is constantly making new movies, he said, "The time period between my work in the last few years are pressed for time. I don't do it intentionally but I am keeping pace".

He also continued, "I don't think I deserve the word prolific yet. I want to be known as the actor who is doing what he can at his age. I want to think of this as the process where I try out many different things".

"Park Hae-il is a restless prolific actor 'genius in transformation'... royal to old man"
by HanCinema is licensed under a Creative Commons Attribution-Share Alike 3.0 Unported License.
Based on a work from this source