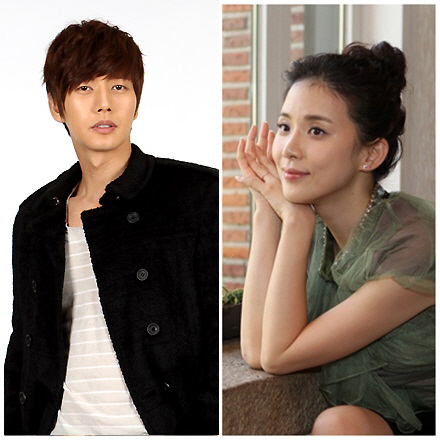 Actor Park Hae-jin and actress Lee Bo-young have been cast for the new KBS 2TV weekend drama "My Daughter Seo-yeong".

The drama official announced on the 20th, "Park Hae-jin and Lee Bo-young had their first script reading this weekend". "My Daughter Seo-yeong" will start airing after the current weekend drama "My Husband Got a Family".

Park Hae-jin takes on the role of Lee Bo-young's twin brother. He is one character who tries to resolves things around their father (Chun Ho-jin) and her.

Lee Bo-young is a determined character who works hard to get out of the poor life she is in. She has a strong passion for success and overcomes her surroundings with hard work.

a drama for the first time in 3 years. He has been active in China and Japan all this time. He also recently completed a movie.

Lee Bo-young is attempting at another challenge different from the one from the KBS drama "Equator Man".

"Park Hae-jin and Lee Bo-young in "My Daughter Seo-yeong""
by HanCinema is licensed under a Creative Commons Attribution-Share Alike 3.0 Unported License.
Based on a work from this source