Park Hae-jin on Set of "Forest" 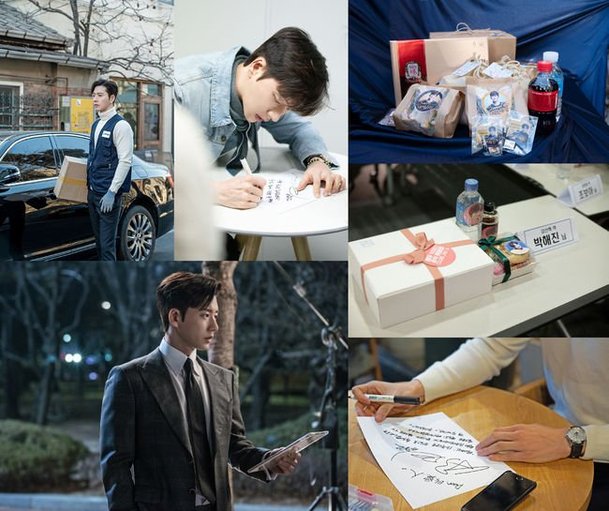 "Thank you for letting me be happy and work".

Actor Park Hae-jin thanked his fans for showing so much support on his first day of work. His fans recently sent snacks and lunchboxes to the set of Park Hae-jin's latest, "Forest".

His fan clubs sent snacks and drinks on the 8th and 12th, which were the dates of the first filming and the script reading.

Park Hae-jin said, "My fans always inspire me with unexpected surprises and I work hard to repay them back for it. They even donate and do lots of charity work without being seen". He sent autographs and messages to his fans at the fan club.

"Forest" is a drama about characters with realistic desires and the scars of unhappy memories in their hearts gathering in a space called 'forest' to heal themselves, realizing the true essence of happiness. Park Hae-jin is a rescuer named Kang San-hyeok.

"Park Hae-jin on Set of "Forest""
by HanCinema is licensed under a Creative Commons Attribution-Share Alike 3.0 Unported License.
Based on a work from this source