Park Hae-jin provides the endorphins to the set 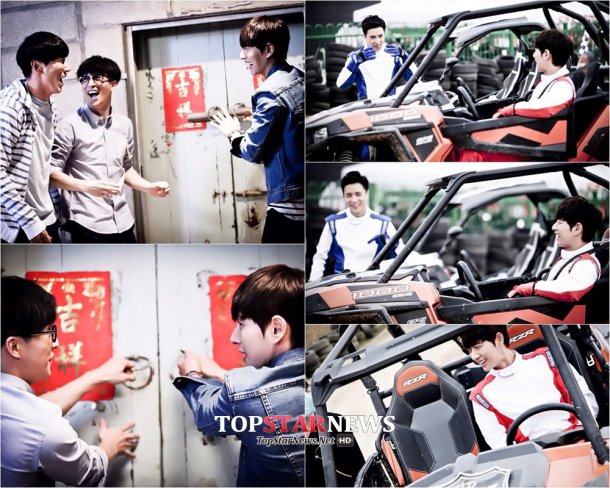 Park Hae-jin has become the 'mood maker' on the set of the Chinese drama "Friends".

Behind-the-scene cuts of Park Hae-jin show him having a good time with his co-stars of "Friends".

Park Hae-jin is laughing hard with co-stars Zhang Liang and Jacky Zue. They can't stop laughing and this shows how well knit he is with his Chinese friends.

Park Hae-jin doesn't fail to encourage fellow staff and crew whenever they seem to need it and it responsible for making everyone smile even when they're tired. Thanks to Park, every day is a enjoyable.

A source claims, "The workload for "Friends" is beyond average but he's so cheerful about it. Everyone learns a lesson or two from him".

Meanwhile, "Friends" is a sequel to the one that was released in China 3 years ago based on the story of friendship, love, dream and future of men in their 30s. Park Hae-jin takes on the role of Hae-bong, an angel-like man and reunited with director Jin Hyeok whom he met in "Doctor Stranger".

"Park Hae-jin provides the endorphins to the set"
by HanCinema is licensed under a Creative Commons Attribution-Share Alike 3.0 Unported License.
Based on a work from this source