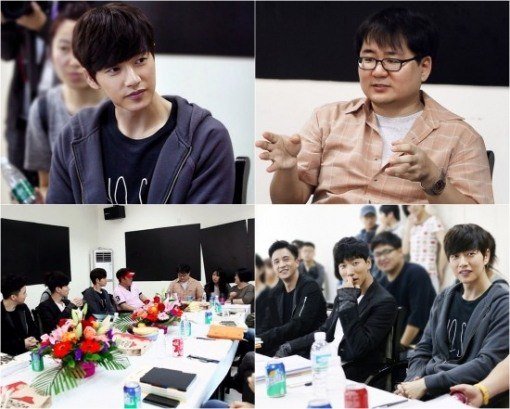 Park Hae-jin departed for China on the 30th of November as soon as "Bad Guys" was over, for the filming of his new Chinese movie. He started script reading and attended meetings for his character analysis.

Not only that, Park Hae-jin's global meeting with the rest of the cast is one of the most anticipated parts of this project. His friendship with Zhang Liang has led to a surprise appearance of the Chinese actor in the SBS drama "Doctor Stranger" and they have been named the matchmakers between Korea and China.

Park Hae-jin's recent dramas have all been extremely successful, which include "You Came From The Stars", "Doctor Stranger" and "Bad Guys" to name a few. He's earned himself the nickname '70 billion views' and therefore his influence on this Chinese movie is also highly anticipated.

"Park Hae-jin to star in Chinese drama "
by HanCinema is licensed under a Creative Commons Attribution-Share Alike 3.0 Unported License.
Based on a work from this source