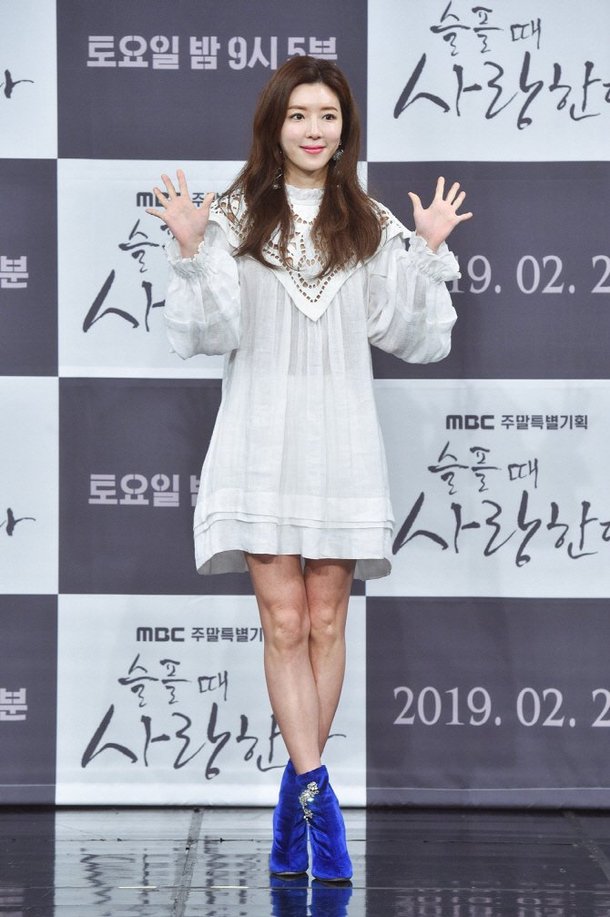 While her husband is in controversy, Park Han-byul has finished her drama.

"Love in Sadness" ended on the 21st and Park Han-byul will be taking a break at home for the time being.

"Love in Sadness" was Park Han-byul's comeback drama for the first time in 2 years during which she spent in absence due to marriage and childbirth. In line with the start of the show, her husband, Yoo In-seok, turned out to have co-founded Glass Holdings, which was involved with singer Seungri and the operation of Club Burning Sun, and it was demanded that the actress be withdrawn from the drama.

Park Han-byul made a social media post at the time saying, "I apologize for the inconvenience my husband may have on everyone regarding the controversy and speculations that have been going around. However, the drama is a promise by me to many productions, agencies and many other people so I intend on carrying on with the drama for now. I do feel responsible for my husband and whatever happens, I will take it as a process for our family to be led down the right path. When the drama is over, I will reflect back on my life as a mother and as someone's wife and strive to lead a life that is not shameful".

"Park Han-byul Finishes Drama Amidst Husband's Controversy "
by HanCinema is licensed under a Creative Commons Attribution-Share Alike 3.0 Unported License.
Based on a work from this source