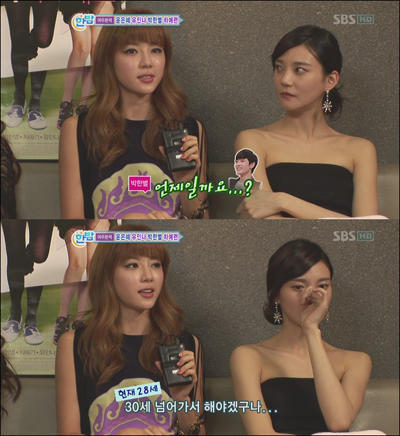 Park Han-byul spoke about her plans for marriage.

The Park Han-byul said, "I am 28 years old. I thought when I was this age, I would be married and cooking for my family".

As she is openly in a relationship, when she was asked the question 'So when will you marry?" she said, "After thirty".

"Park Han-byul "Marriage after thirties" does Se7en know?"
by HanCinema is licensed under a Creative Commons Attribution-Share Alike 3.0 Unported License.
Based on a work from this source