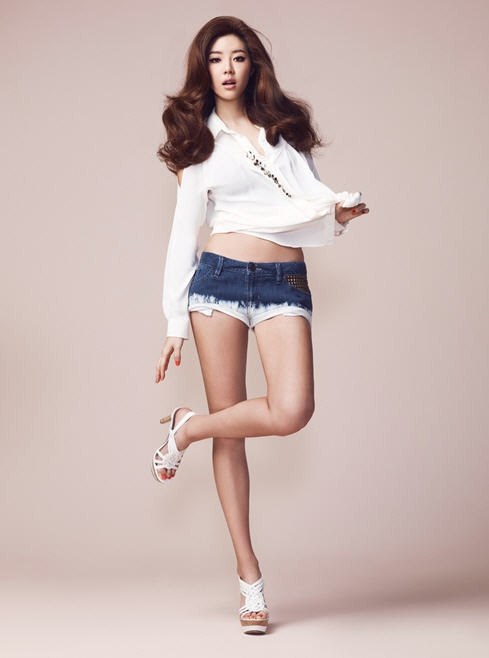 Actress Park Han-byul showed off her doll-like visual through a recent pictorial.

Known as the style icon, Park Han-byul revealed a magazine pictorial that resembles a Barbie Doll. These pictures were taken for the summer season shoe collection.

Park Han-byul is wearing a plaid strap sandle with a while shirt and denim shorts. She is also seen wearing a pair of vivid colored platform shoes with a vest and shorts.

Meanwhile, Park Han-byul will be starring in the Chinese movie "Drawing Line 2".

"Park Han-byul's pictorial"
by HanCinema is licensed under a Creative Commons Attribution-Share Alike 3.0 Unported License.
Based on a work from this source