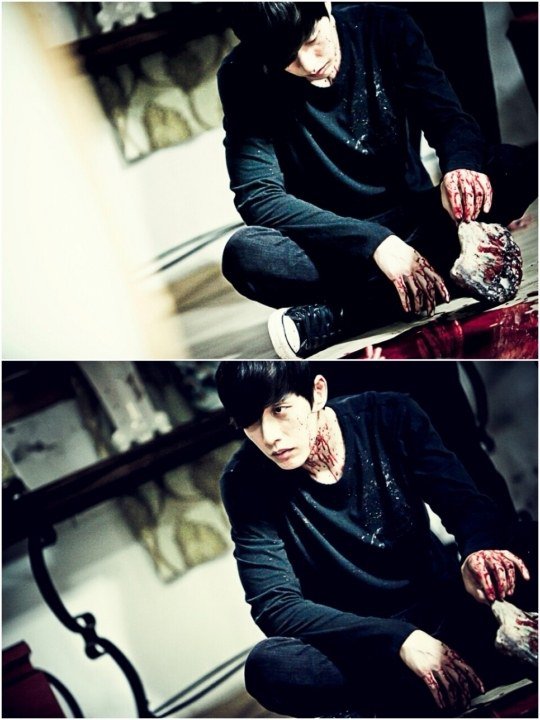 Actor Park Hae-jin is coming back with a drama at the end of the year. He's become a genius psychopath named Lee Jeong-moon, in the OCN drama "Bad Guys".

Lee Jeong-moon is a IQ 180, a member of the Mensa, the youngest philosophy and mathematics genius with other titles. On top of that, he's also the youngest serial killer.

The stills of Park Hae-jin are bloody all over and curiosity rises to what happened. The picture of him touching a rock covered in blood while expressionless, is drawing attention.

Park Hae-jin seems to be completely possessed by Lee Jeong-moon and his performance is in high anticipation.

Park Hae-jin's agency claimed, "He's concentrating hard for this role. He is attached to Lee Jeong-moon and is doing all he can to become him.

Meanwhile, OCN "Bad Guys" is an investigative drama of a bunch of guys who are even more criminal-like than the worst, gathering together to stop higher crime. To be broadcasted on the 4th at 10PM.

"Park Hye-jin in "Bad Guys""
by HanCinema is licensed under a Creative Commons Attribution-Share Alike 3.0 Unported License.
Based on a work from this source