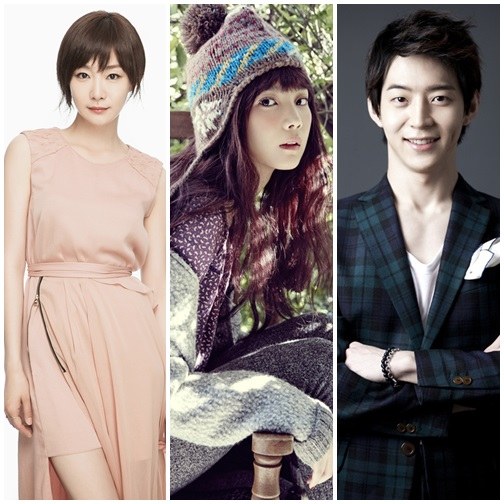 The three are part of Kim So-yeon's (Sin Joo-yeon) team and are going to make romance as well as characters of their own.

Park Hyo-joo's role of Lee Min-jung is very positive as her motive is to live 'thin and long'. She was the 'queen' when she was younger but is now enjoying the single life. She prefers having online relationships where the real 'life' isn't interfered and continues to casually meet men online. She then ends up with something she never saw coming.

Yoon Seung-ah takes on the role of Jeong Hee-jae. She's been running straight ahead to get a job in a major company and spent all of her early 20's this way. She's oblivious to what she likes, how tired she is or how she's feeling. She's also 5 years into a relationship with her boyfriend who's been studying for bar exams for several years. She starts to feel annoyed with her boyfriend who thinks of the future more than the present when Park Yoo-hwan (Lee Woo-hyeon) appears and she feels attracted towards him.

Park Yoo-hwan's role of Lee Woo-yeong is the youngest and the only man in Yoon Seung-ah's team. He is a man but thanks to his mothers and strong-minded sisters, he gets along well with women and understands them better than any other man. He makes one feel comfortable around him. He feels attracted towards Yoon Seung-ah who is always so hard working and spends a lot of time with her.

Meanwhile, "I Need Romance Season 3" will be aired in January. The cast includes, Kim So-yeon, Sung Joon, Namgoong Min, Wang Ji-won and others.

"Park Hyo-joo, Yoon Seung-ah and Park Yoo-hwan"
by HanCinema is licensed under a Creative Commons Attribution-Share Alike 3.0 Unported License.
Based on a work from this source