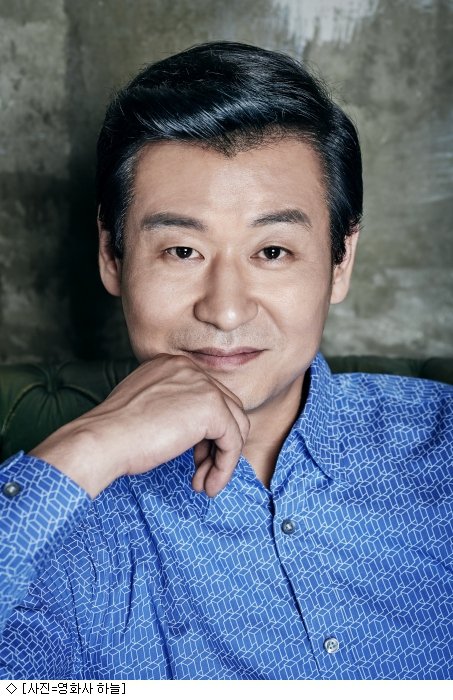 Park Hyuk-kwon claims he looks up his name often.

Actor Park Hyuk-kwon is coming up with the movie called "The Mimic" soon.

In an interview, we asked if he knew he was called 'Aje-fatale' and he said he's heard. "I search my name on the internet a lot. I want to know".

"Once my suspicion is fulfilled then that's it. I don't care what the Internet says about me. I don't mind compliments or criticism. I try to balance myself".

We asked if he gets influenced by them and he says, "There was a comment that drew my attention and it was something like 'he can't act'. I think whether or not someone likes my acting is a personal thing".

"The Mimic" is the story of a family and a mimic who can imitate the voice of anyone. Hee-yeon (Yum Jung-ah) meets a strange girl (Shin Rin-ah) and gets involved with mysterious things.

Park Hyuk-kwon takes on the role of her husband Min-ho who thinks it's weird that the girl his wife brings home mimics the voice of his daughter Joon-hee.

"The Mimic" is being released on the 17th.

"Park Hyuk-kwon, "Aje-fatale? I search myself online""
by HanCinema is licensed under a Creative Commons Attribution-Share Alike 3.0 Unported License.
Based on a work from this source