Park Hyung-sik to land his first leading role on ground-wave TV, in 'A Chaebol's Daughter' 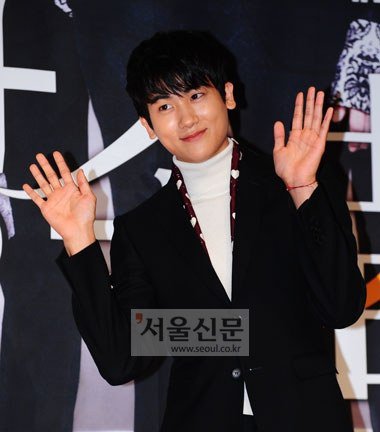 ZE:A - Children of Empire member, Park Hyung-sik has been confirmed to appear in SBS drama, "A Chaebol's Daughter".

On April 9th, his agency Star Empire Entertainment said, "Park Hyung-sik has been confirmed to appear in 'A Chaebol's Daughter.

SBS' new Monday & Tuesday drama, "A Chaebol's Daughter" is a love story between a woman, who is looking for a man who can love her although she is not wealthy, and an indigent man, who thinks love is simply a tool that the ruling class uses in order to control the people under them. Director Choi Yeong-hoon and writer Ha Myeong-hee of "Kind Words" met again to create this new drama,

Park Hyung-sik will play the youngest son from a chaebol family, who grew up like a flower in a pot and never had to go through a mediocre chores growing up. He will fall in love with a part time student employee who works in banchan corner in a food market. This is his first leading role in ground-wave TV drama.

It is scheduled to be aired in June after the completion of 'Heard It Through the Grapevine'.

"Park Hyung-sik to land his first leading role on ground-wave TV, in 'A Chaebol's Daughter'"
by HanCinema is licensed under a Creative Commons Attribution-Share Alike 3.0 Unported License.
Based on a work from this source