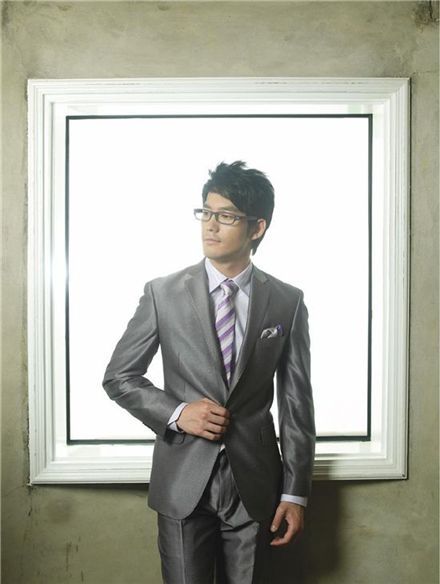 Korean actor Park Jae-jung will hold his first-ever fan meeting in Japan over the weekend, according to his agency Eyagi Entertainment on Wednesday.

Eyagi announced in a press release that Park will meet with his fans at the Scara Espasio Hall located in Fukuoka on October 9.

KBS drama "You Are My Destiny", starring Park, recently began its run in the country as part of the Japanese Fukumaru Newspaper's 'Fall Hallyu Event'.

The actor has planned various events for the upcoming meet and greet, including singing a song from a musical, taking pictures with fans as well as holding a hand shaking session.

"I hope that I will create great memories through my first fan meeting", Park was quoted as saying.

Park, 30, made his debut in the 2007 KBS drama "I Am Sam" and since appeared in other series such as "You Are My Destiny", "Queen Seon-deok" and "Coffee House".

He has starred in the musical "The Great Gatsby" and will perform in his second musical "Choonhyang" on October 15.

"Park Jae-jung to hold first-ever fan meeting in Japan "
by HanCinema is licensed under a Creative Commons Attribution-Share Alike 3.0 Unported License.
Based on a work from this source