Park Ji-bin posts selfie before he enlists in military 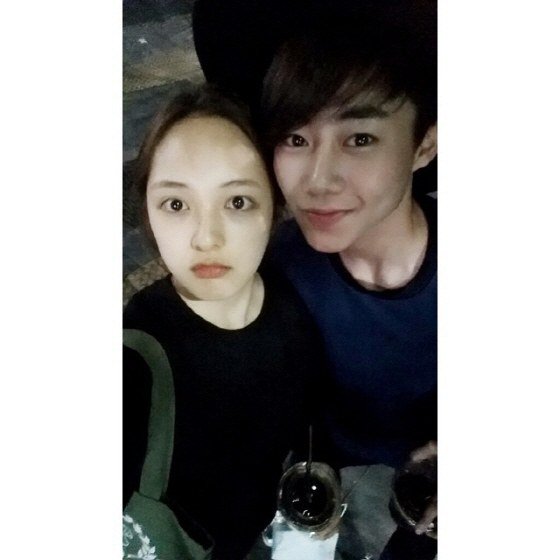 Park Ji-bin took a selfie with his actress friend, Kim Bo-ra before he enlists in military.

On May 26th, Park Ji-bin posted a selfie he took with Kim Bo-ra on his personal Instagram to say thanks to her for the gift she brought.

Park Ji-bin enlists in military on May 26th. He was born in 1995 and has turned 20 years old this year. He originally planned to enlist in the military last year. However he had to postpone it because his father passed away in June last year. He wrapped up his contract with Keyeast last year and has been preparing for the military enlistment calmly.

Park Ji-bin has been expressing his opinion that he would like to complete the mandatory military service early and focus on his acting career afterwards. He recently has attended his older sister's wedding ceremony. Now that his family obligation has come to a close, he is joining the army.

Park Ji-bin debuted through musical 'Tommy', 2001. He later starred in many dramas including 'Yi San', 'My Man's Woman', 'Queen Seon-deok', 'Boys over Flowers', 'May Queen', and 'Incarnation of Money'. He has been taking a break since he lastly appeared in "Suspicious Housekeeper" and a reality tour program, 'Real Mate' in 2013.

"Park Ji-bin posts selfie before he enlists in military"
by HanCinema is licensed under a Creative Commons Attribution-Share Alike 3.0 Unported License.
Based on a work from this source