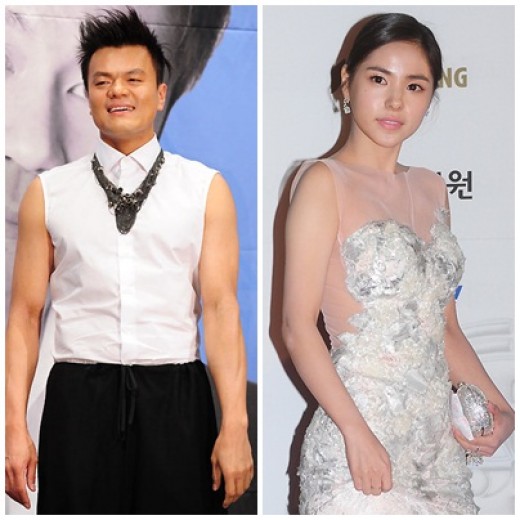 The movie "5 Million-dollar Man", with singer and producer Park Jin-young in the lead role, had its opening ceremony on December 5th.

The ceremony featured bout 70 members of the staff and cast, including Park Jin-young, Min Hyo-rin, Oh Jung-se, Jo Hee-bong, Jo Sung-ha and more. Ceremonies and parties to inaugurate the shooting of a new film have been abandoned over the last year or two to reduce production costs but the distributor CJ E&M organized this little event to unite the production team. It was a serious atmosphere but Park Jin-young's jokes made everyone laugh.

Park Jin-young, who is also in the KBS drama "Dream High 2", wished, "It's winter now. Let there be no injuries and let us have box office success". Min Hyo-rin from the movie "Sunny - 2010" which took the silver medal for its box office success this year, said, "I am happy to be with such a good project and I am going to become an actress that doesn't bring people down".

After the ceremony, the team moved to a barbeque restaurant in Nonhyeon-dong and had several cheers with short speeches. "5 Million-dollar Man" is about money and the greed of humans. It is written by Cheon Seong-il from "My Girlfriend is an Agent" and "The Slave Hunters" and will begin shooting on December 10th. This movie is also the debut project of Kim Ik-ro, who was assistant director on "Singles" and "Doll Master".

"Park Jin-young and Min Hyo-rin's "5 Million-dollar Man""
by HanCinema is licensed under a Creative Commons Attribution-Share Alike 3.0 Unported License.
Based on a work from this source