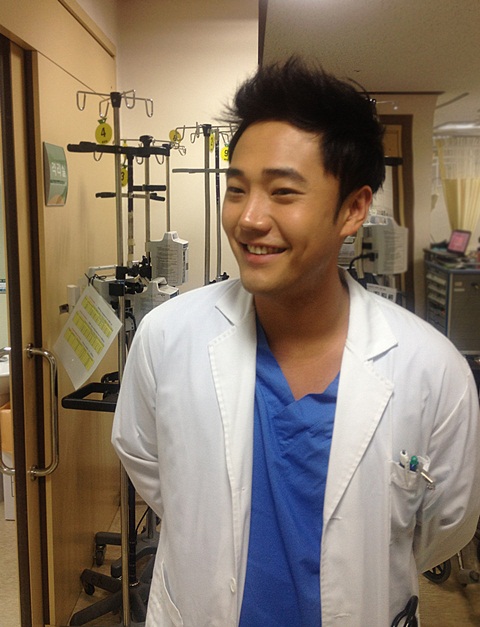 He takes on the role of an elite neurosurgeon Choi Yong-joo in the movie "The Accomplice".

His agency CH Entertainment revealed, "The character requires many professional terms so there was a lot of studying to do".

Being in a movie for the first time, Park Joo-yong is a rookie who is highlighted in the musical industry. He debuted with the 2007 musical "Jekyll and Hyde" and performed the roles of Roger, Dudie and Sony for 3 years in the musical "Greece".

He also made a good impression in the MBC historical drama "The Duo" last year as a loyal subject who survived next to Wang Doo-ryeong (Lee Ki-young) who was assassinated by Cheon-doong (Chun Jung-myung).

"Park Joo-yong becomes an elite doctor"
by HanCinema is licensed under a Creative Commons Attribution-Share Alike 3.0 Unported License.
Based on a work from this source