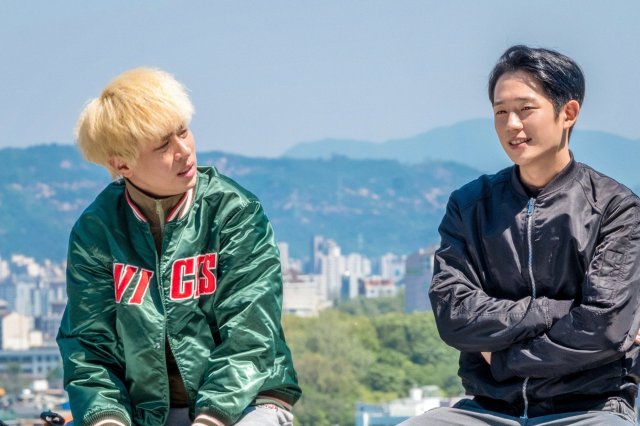 The film "Start-Up" introduces the perfect chemistry by Jung Hae-in and Park Jung-min.

"Start-Up" is the story of a bob-haired chef named Geo-seok (Ma Dong-seok), a half-baked rebel named Taek-il (Park Jung-min) and an eager rebel named Sang-pil (Jung Hae-in), who just throws himself into society.

After winning six awards for Best New Artist at various film awards, Park Jung-min has managed to successfully undergo character changes in "Keys to the Heart" and "Svaha: The Sixth Finger". Meanwhile, Jung Hae-in has had pretty good reviews from "Pretty Sister Who Buys Me Food", "One Spring Night" and "Tune in for Love". These two appear as best friends. 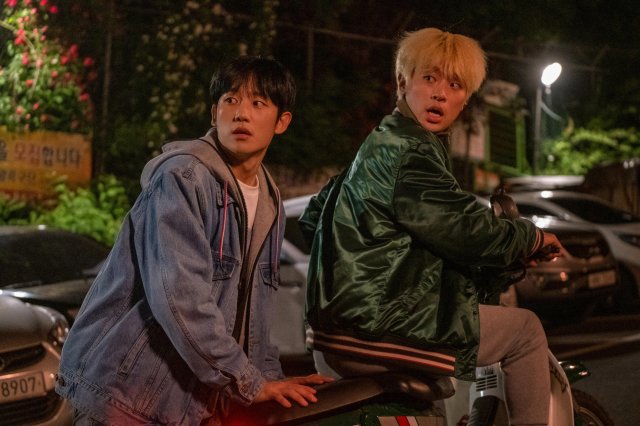 Taek-il runs into people he would have never imagined after he leaves his home without a purpose and arrives at a Chinese restaurant. Sang-pil heads out into society in his eagerness to make money as quickly as possible. They are complete opposites of each other, but they think alike, and Park Jung-min and Jung Hae-in bring about energetic vibes into the film.

Meanwhile, "Start-Up" is coming out in December.

"Park Jung-min and Jung Hae-in's Perfect Chemistry in "Start-Up""
by HanCinema is licensed under a Creative Commons Attribution-Share Alike 3.0 Unported License.
Based on a work from this source