Park Min-young in a pretty dress 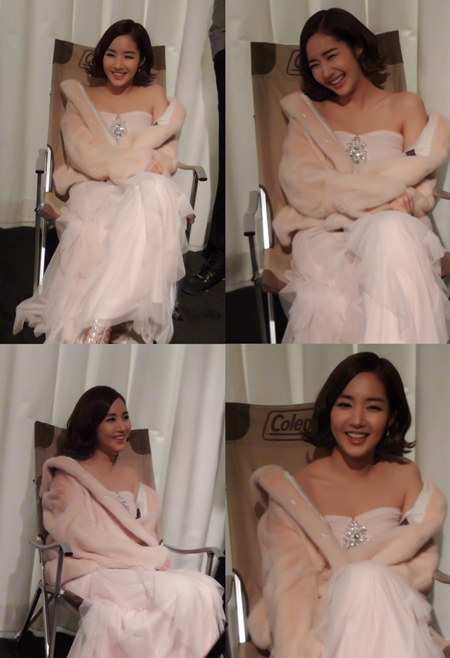 Park Min-young's management revealed a picture of her wearing an evening dress and smiling widely on December 15th. This is a picture from the nineteenth episode of KBS 2TV's drama "Glory Jane", aired on December 14th.

On this day, Yoon Jane (Park Min-young) found out her past; that she was the daughter of chairman Yoon Il-goo (Ahn Nae-sang) and appeared boldly at the cocktail party where important people were gathered in an elegant dress to prove this fact.

In the picture, Park Min-young has fur on her light pink dress and is sitting in a chair with a look full of mischievousness, talking to the staff.

Meanwhile, "Glory Jane" is currently showing Yoon Jane fighting against Seo Jae-myeong (Son Chang-min) while Kim Young-gwang (Chun Jung-myung) tries to protect her, and her relationship with Seo In-woo (Lee Jang-woo), who confessed his love to her despite her rivalry with his father.

"Park Min-young in a pretty dress"
by HanCinema is licensed under a Creative Commons Attribution-Share Alike 3.0 Unported License.
Based on a work from this source