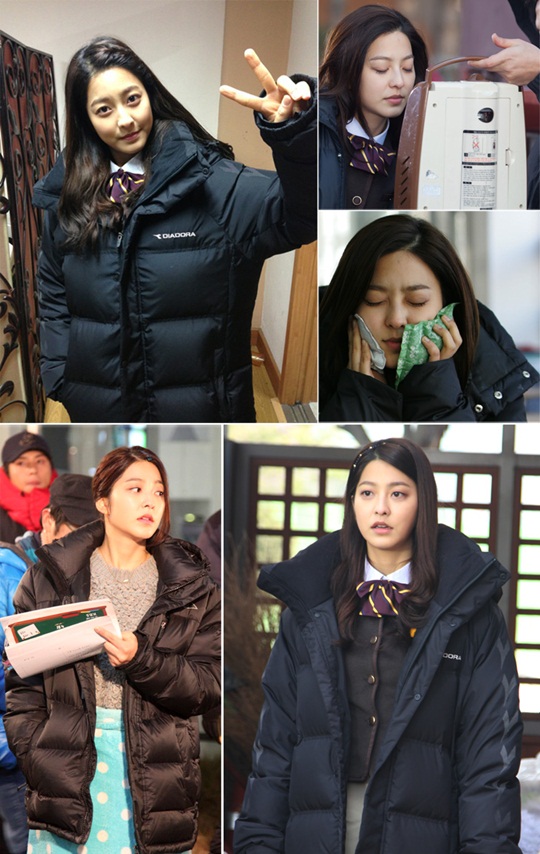 Park Se-young was seen keeping herself warm from the cold.

Park Se-young is currently starring in the KBS 2TV drama "School 2013" as the 'Kim Tae-hee of Seungri High' Song Ha-kyeong.

Netizens say, "Ha-kyeong who's not even afraid of Park Heung-soo and Oh Jeong-ho is afraid of the cold", "She's so cute", "She must be cold wearing that uniform in this cold" and more.

Park Se-young's agency 4HIM Entertainment claimed, "The support we've been getting for the drama warms our hearts. She's been getting lots of fashion photo shoot offers so she's feeling the popularity lately".

Meanwhile, in the previous episode of "School 2013", Nam-soon (Lee Jong-suk) and Heung-soo (Kim Woo-bin) resolved things between each other and Ha-kyeong (Park Se-young) and Kang Joo (Ryu Hyo-young) started conflicting about he discussion debate

"Park Se-young's methods of keeping warm"
by HanCinema is licensed under a Creative Commons Attribution-Share Alike 3.0 Unported License.
Based on a work from this source