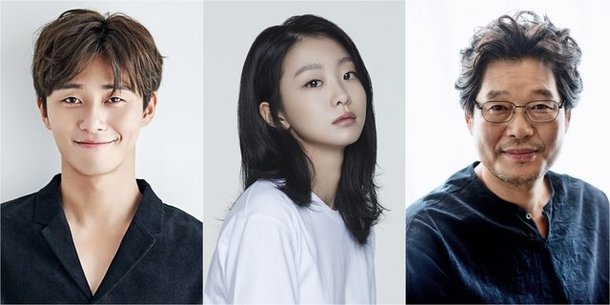 Park Seo-joon, Kim Da-mi and Yoo Jae-myung are starring in the jTBC drama "Itaewon Class", a story of youth who face the unreasonable world with stubbornness and courage.

Park Seo-joon plays Park Sae-roy, a young man who doesn't succumb to injustice. He enters Itaewon with a fire in his heart and attempts something new. He is planning to show a relentless counterattack on 'Jangga', a major food business.

"Itaewon Class" is Kim Da-mi's first leading role. She plays Jo I-seo, a brilliant brainy sociopath. She is an SNS star with the face of an angel and a completely unexpected personality. She sets out with Park Sae-roy to conquer Itaewon.

Yoo Jae-myung plays Jang Dae-hee, the president of 'Jangga'. He is a self-made tycoon and authoritarian who started cooking thinking about his hungry childhood days. His life changes when he meets Park Sae-roy through an accident his son is involved in.

"Park Sae-roy keeps his faith and works hard at every moment. I feel the pressure because of those who have seen the original, but I really wanted to be him, because he's a very attractive character" said Park Seo-joon.

Kim Da-mi said, "I feel nervous and I feel the pressure. The people I work with are great and I am looking forward to it".

"Itaewon Class" is based on an original webtoon that started publishing in 2017. It's the first drama produced by Showboz, and webtoon writer Kwang Jin himself participates in the screenplay. The drama will be directed by Kim Seong-yoon.

"Park Seo-joon, Kim Da-mi and Yoo Jae-myung Starring in "Itaewon Class""
by HanCinema is licensed under a Creative Commons Attribution-Share Alike 3.0 Unported License.
Based on a work from this source