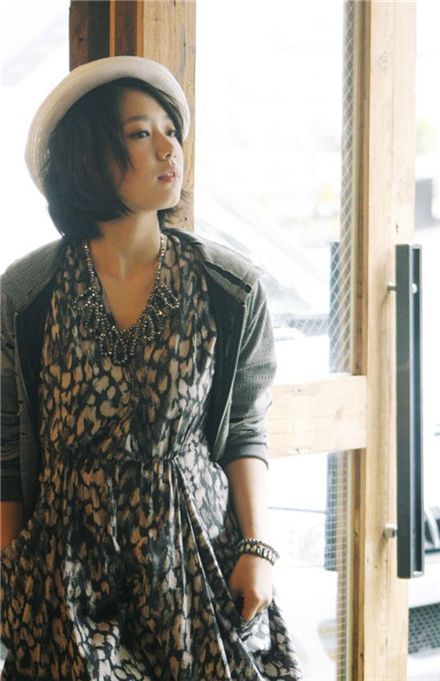 Korean actress Park Shin-hye has been chosen the No. 1 female Asian star on a Chinese entertainment website, according to her agency Ava Entertainment on Friday.

Ava announced in a press release that on a poll conducted on the website for "EASY", Park claimed the title as most popular female Asian star for seven months starting December of last year up against other international artists such as Ueno Juri and Haruka Ayase.

"EASY" magazine focuses on Asian entertainers in China, Taiwan, Korea and Japan and the survey that was conducted on their official online website (www.youeasy.net) is well-known throughout the Asia region.

Park made her debut in 1994 and has starred in numerous dramas and movies including "Stairway to Heaven", "Prince Hours", and "You're Beautiful". She is also a familiar face in television commercials and music videos.

She is currently filming the romantic comedy "Cyrano Agency", where Park plays the role of a matchmaker, due out in September.

She will be in Japan on June 26 with actor Jang Keun-suk for a fan meeting for the hit series "You're Beautiful" held by Japanese management agency AVEX.