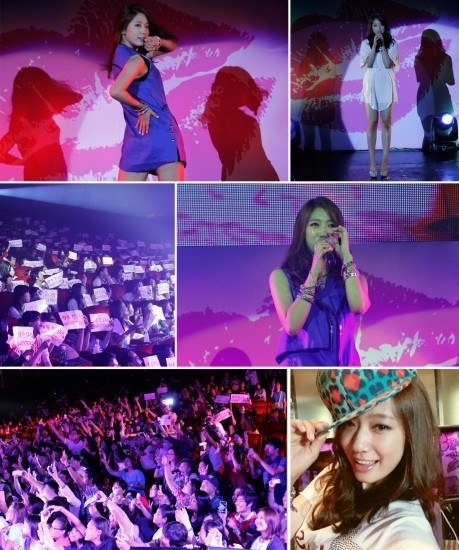 She had loads of fun with her fans as she played games with them and showed them performances on the piano and danced to K-Pop.

Thai fans prepared a present for her. The first was a message from fans congratulating her on the second year of the drama "Heartstrings" and the second was a UCC of how Thai fans got to know about the actress.

She was deeply touched and cried while she said, "I don't know your names but you are my stars".

"Park Shin-hye's first Thailand fan meeting"
by HanCinema is licensed under a Creative Commons Attribution-Share Alike 3.0 Unported License.
Based on a work from this source