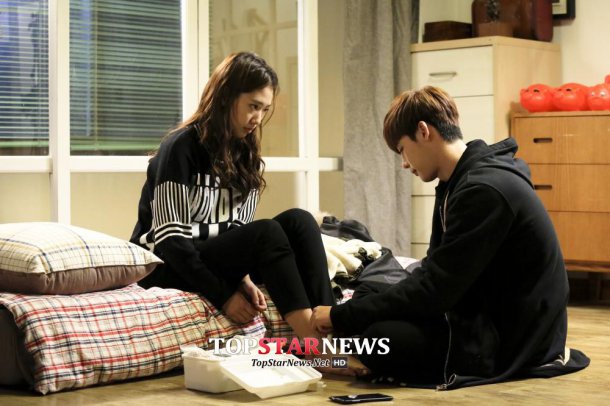 The official OST album for "Pinocchio" is being released.

This OST is sung by Roy Kim, K Will, Younha featuring Tiger JK, Zion-T, Kim Bo-kyeong-III with a creamy voice and other great singers in Korea.

The album also features Park Shin-hye in a voice so desperate and affectionate.

"Tears In The Crowd Strings" is all about the brother-ship and pain between Ki Ha-myeong (Lee Jong-suk) and Ki Jae-myeong (Yoon Kyun-sang) and four other scores represent "Pinocchio".

These 'score' songs will reminisce on Ki Jae-myeong, Ki Ha-myeong's family story and the destined relationship between In-ha and Dal-po as well as the lives of the appearing reporters.

Meanwhile, the "Pinocchio" OST will be released on the 15th on MNet, Melon, Bugs, Olleh Music and more along with posters with album purchases.

"Park Shin-hye's OST album for "Pinocchio""
by HanCinema is licensed under a Creative Commons Attribution-Share Alike 3.0 Unported License.
Based on a work from this source