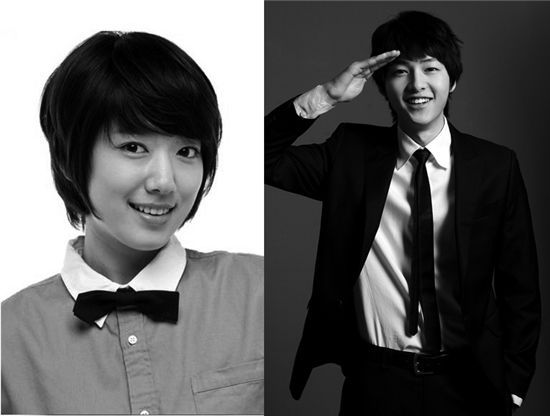 "We chose "You're Beautiful" heroine Park and rookie actor Song as the ambassadors for the film festival", a representative from JIFF stated on Wednesday. "These young and promising actors are the future of the movie industry and they fit the image and the spirit of this event".

The Jeonju International Film Festival, to be held from April 29 to May 7, will showcase alternative and independent films in the city of Jeonju. The festival will also feature short films and hold various cultural events.

Song said, "I am very happy to have been asked to be the publicity ambassador for this popular film event. I will try my best to fulfill my duties even though I have a busy schedule".

Park made her debut in 1994 and has starred in numerous dramas and movies including "Stairway to Heaven", "Trees in Heaven", and "Prince Hours". She is also a familiar face in television commercials and music videos.

Song began his career in 2008 in TV series "Love Racing". The 23-year-old actor appeared in the movie "A Frozen Flower" and in TV series "My Precious You", "Triple" and "Will It Snow for Christmas??"

"Park Shin-hye, Song Joong-ki to promote Jeonju film fest"
by HanCinema is licensed under a Creative Commons Attribution-Share Alike 3.0 Unported License.
Based on a work from this source