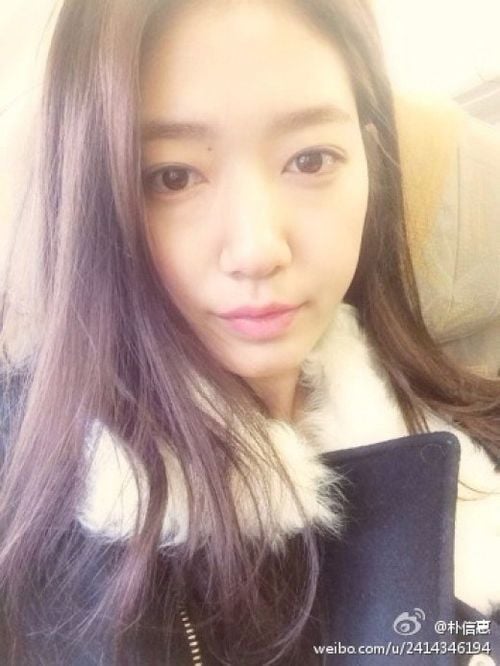 Park Shin-hye posted a picture of herself in her Weibo saying, "I'm going to Beijing! I'm nervous. I am happy to be going there for a good cause. See you in China!"

In the picture, she's on a plane to China. Her hair is let down long next to her.

Netizens say, "She's pretty", "She's the one alright", "The whole of China is going to fall for her" and more.

"Park Shin-hye takes selfie in plane to China"
by HanCinema is licensed under a Creative Commons Attribution-Share Alike 3.0 Unported License.
Based on a work from this source